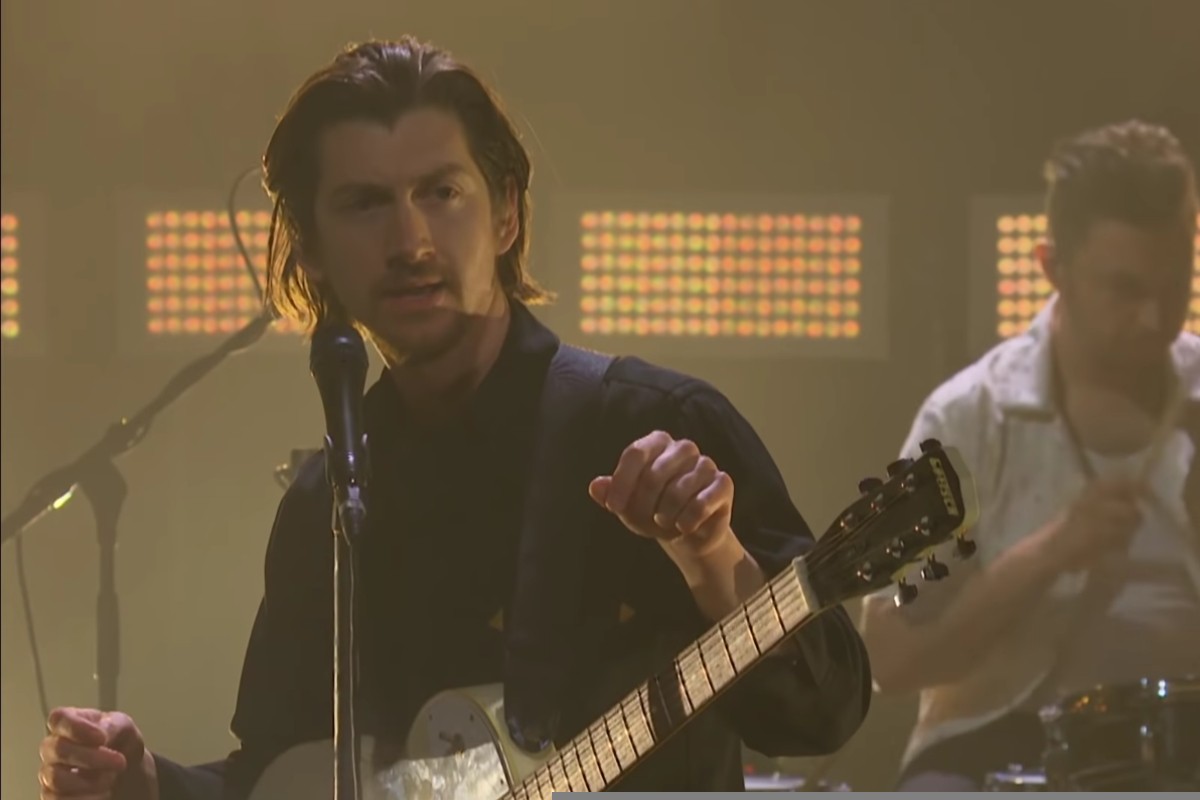 Arctic Monkeys returned to The Late Late Show with James Corden last night to perform “One Point Perspective” from their quasi-concept May album Tranquility Base Hotel & Casino. The band, dusted in fog and soft light, served the surreal piano track straight as frontman Alex Turner, who has long hair again, stretched his hands toward the audience to emphasize melodramatic musings on political figures in underpants and swimming economists. He almost flashed a smirk during the final verse.

Back in May, at the album press cycle’s onset, Arctic Monkeys performed “She Looks Like Fun” on The Late Late Show and “Four Out of Five” on the Tonight Show Starring Jimmy Fallon. They also played “The Ultracheese,” sans Turner’s hair, on The Late Show with Stephen Colbert in June. After a cover-laden stateside summer tour and several UK arena shows in September, they’re set to perform across the western part of North America this month, starting October 9 in Dallas and wrapping October 25 in Vancouver, hitting nine cities.

Read our review of Tranquility Base Hotel & Casino here. Watch the new “One Point Perspective” performance below.