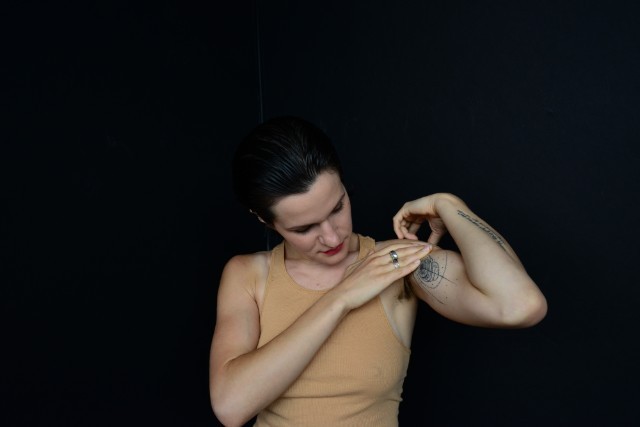 abysskiss, the upcoming solo album from Big Thief’s Adrianne Lenker, is due out on Friday (October 5), and promises to be an intimate and emotionally affecting affair. Produced by Here We Go Magic’s Luke Temple, one of Lenker’s espoused influences, the album’s previous singles, “cradle” and “symbol,” have been percussion-less acoustic-guitar-driven ballads, shaded only by ambient electronics and other difficult-to-identify snippets of sound. Today’s release from the album, “from,” operates much along the same lines, a hypnotic meditation based around a circular bit of melody: “No one can be my man/No one can be my woman.” Echoing sighs of sound careen downwards in the background as the song builds.

Lenker will be supporting abysskiss with North American and European dates at the beginning of next year. Big Thief rleased the EP Wide Winged Bird earlier this year, and are currently finishing up a run of North American dates. Listen to “from” below, and read our 2017 feature with Big Thief here.