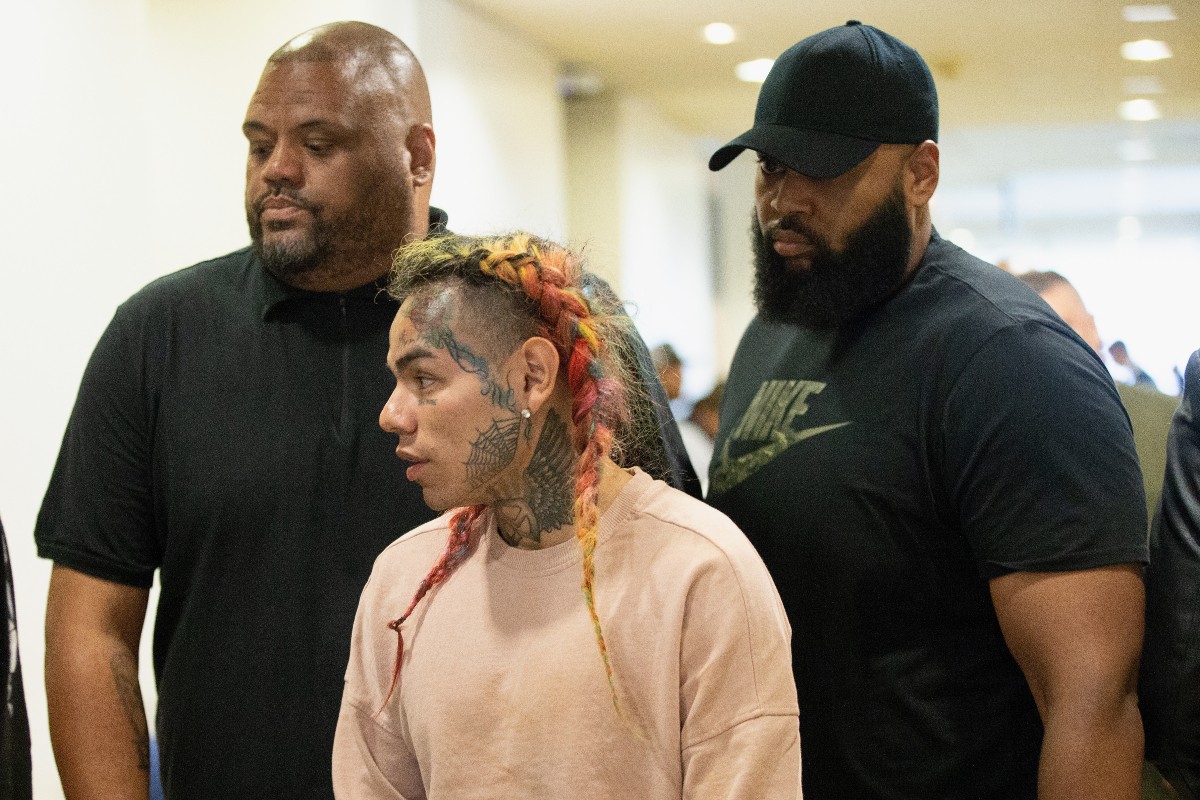 A shooting took place outside a New York restaurant on Friday night that was hosting a party for Brooklyn rapper 6ix9ine (born Daniel Hernandez), according to TMZ and Page Six. An NYPD spokesman told Spin that two individuals approached a security guard at the restaurant and one fired shots that struck the guard. The spokesman said the restaurant was hosting a “private event” but would not confirm whether Hernandez was involved.

Page Six reports that the shooting took place after a “rival group” of Hernandez’s tried to enter the restaurant, was denied, and later returned, leading to a confrontation that resulted in gunfire. It’s unclear what “rival group” entails.

Hernandez was sentenced earlier on Friday to four years probation and 1,000 hours of community service in his sexual misconduct case. The “Fefe” rapper pleaded guilty in 2015 to one felony count of “use of a child in a sexual performance” after appearing in videos uploaded to social media that featured a 13-year-old girl nude and in her underwear. He was 18 when the videos were filmed.

A Manhattan Assistant District Attorney had recommended that Hernandez be sentenced to between one and three years in prison and be required to register as a sex offender.