Young Thug Has Been Released From Jail on Bond 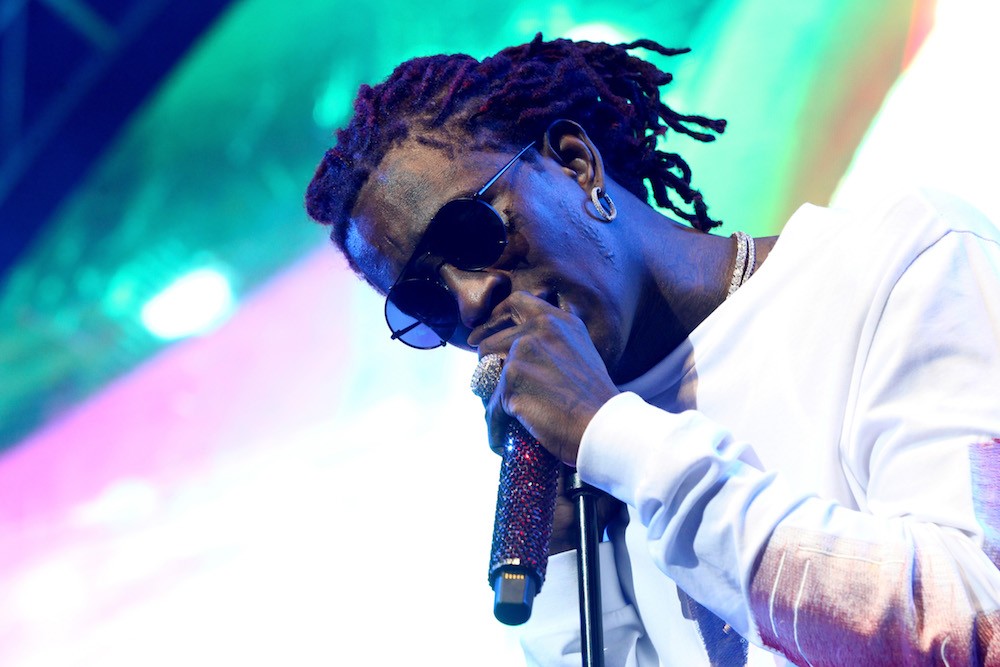 Young Thug has been released from the Georgia jail where he’s been locked up for the last few days. According to the website for the judicial system of DeKalb County, he was released at around 8:50 p.m. Thursday night after posting bond.

The Atlanta rapper was arrested on Tuesday after apparently turning himself in on multiple felony charges that stemmed from an incident in September 2017, when he was pulled over for driving with illegally tinted windows. Those charges included possession with intent to distribute of controlled substances such as meth, weed, and hydrocodone, as well as possession of a firearm. In an unrelated incident, Thug was also arrested on a felony gun charge in Los Angeles last month.

Thug was on tour with J. Cole when he traveled back to Georgia to turn himself in. There’s no official word yet on whether he plans to rejoin the tour now that he’s bailed out. His arraignment on the Georgia charges is scheduled for November 8.