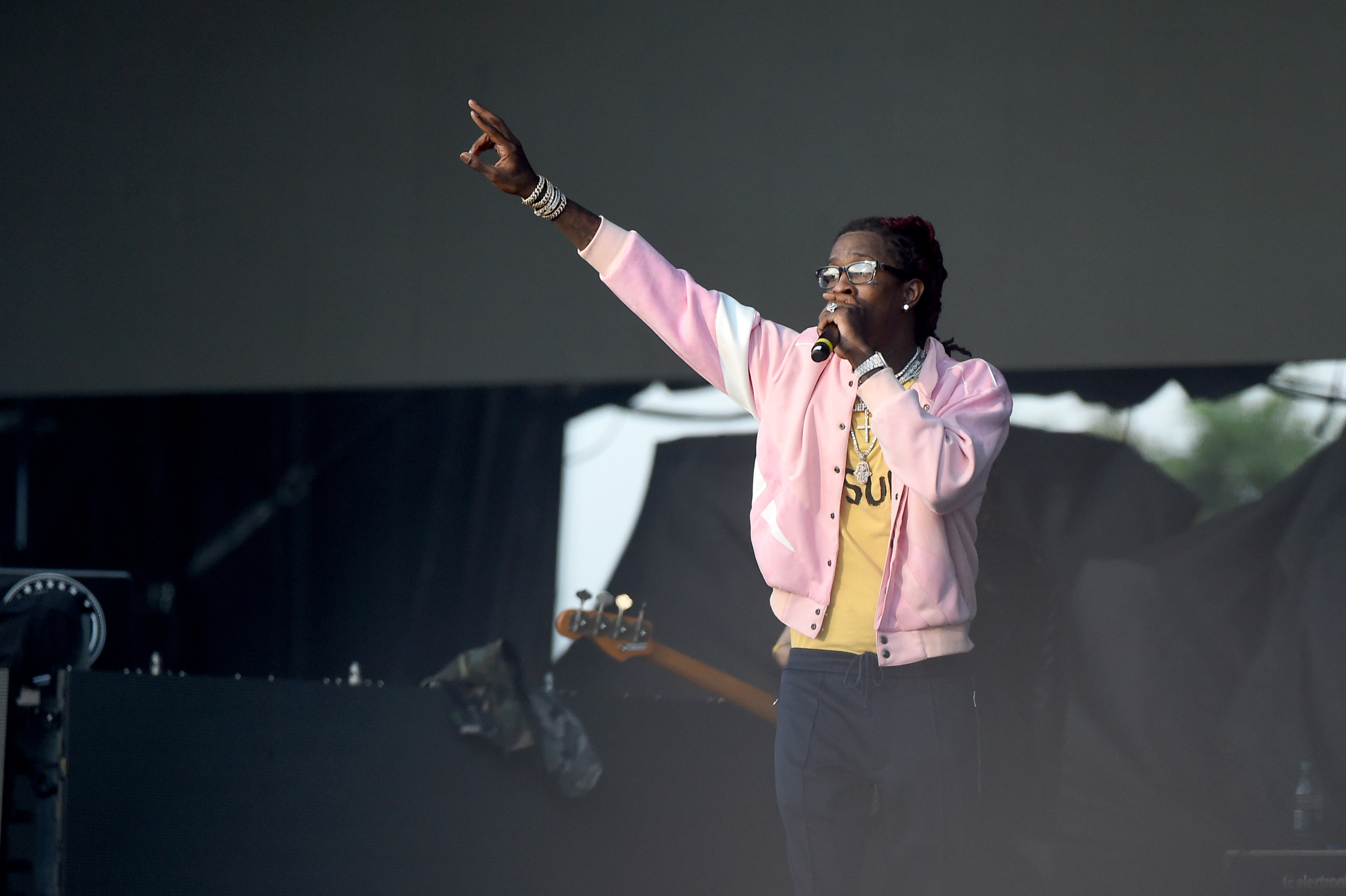 Young Thug has been arrested in Georgia on five felony violations of the state’s controlled substances act. A search on the judicial system website for DeKalb County shows that he was booked by the county sheriff’s office at about 2:25 on Tuesday, September 11. The charges apparently stem from an arrest last year, when Thug was pulled over for illegally tinted windows while allegedly carrying a host of drugs including weed, amphetamine, and codeine.

Earlier this week, TMZ reported that a grand jury had charged the rapper with several felonies regarding the September 2017 incident, and that a warrant had been issued for his arrest. He had been on tour with J. Cole, but apparently traveled to his home state to face the charges, as XXL notes that fans on Twitter reported Thug did not make a scheduled appearance at the Denver tour stop on Monday night. “We see all the support for Jeff. Free him,” Thug’s audio engineer Alex Tumay wrote on his Instagram story Tuesday afternoon.

The Georgia arrest is not Thug’s only recent trouble with the law. Last month, he was arrested on a felony gun charge in L.A. at the release party for his compilation project Slime Language. Before the latest arrest, Thug had spent the week teasing a new solo album called On the Rvn on social media.