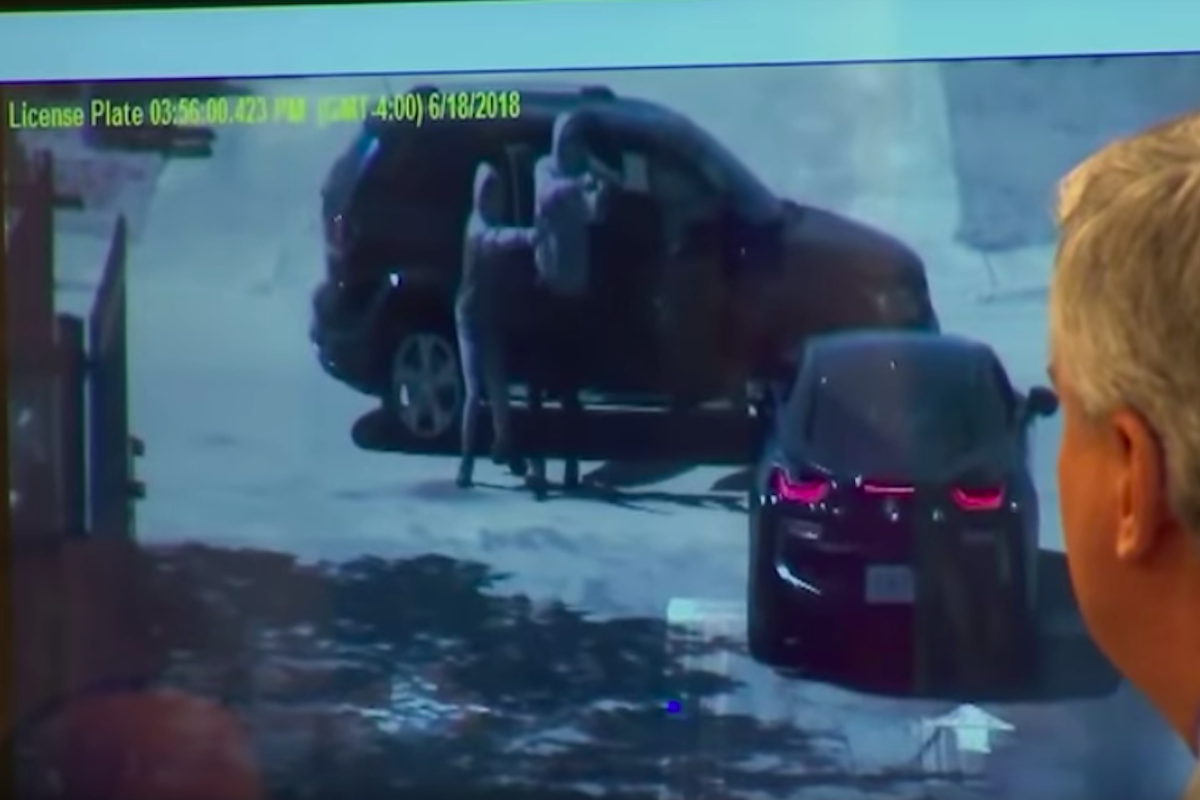 Video of XXXTentacion’s alleged murderers approaching him and then shooting him was played at a court hearing yesterday in South Florida for Robert Allen, one of the four men arrested in connection with the rapper’s death.

The security camera footage was aired by the local South Florida news station WPLG, and it shows two men in hoodies sticking their arms into the driver’s side window of the BMW being driven by XXXTentacion, who was born Jahseh Onfroy. There is a brief struggle, and then, according to narration by WPLG reporter Janine Stanwood, one of the suspects shoots Onfroy while the other scrambles away from the other side of the car with a bag in his hand.

Additional security footage from inside Riva Motorsports, the motorcycle shop where Onfroy was killed, was also aired in court. It purports to show Allen walking past Onfroy as the latter speaks to a store employee about a bike. Police believe Allen and his three accomplices “tracked” Onfroy some time before his death, eventually blocking his car as it was trying to leave the Riva Motorsports parking lot.

Allen—along with Dedrick Williams, Michael Boatright, and Trayvon Newsome—were indicted back in July, a month after Onfroy was killed. The last few weeks have seen a trickle of posthumous music featuring XXXTentacion, including a somewhat controversial posthumous song with Lil Peep. He also appears on Lil Wayne’s new Tha Carter V.

You can watch WPLG’s news report below: