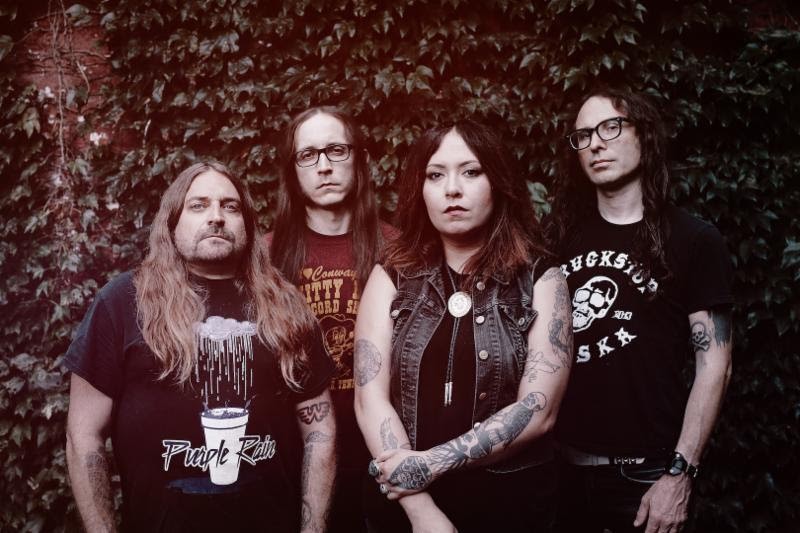 The Virginia doom metal crew Windhand has spent the last few years bringing their music progressively toward the light. Their second album Soma featured a cabin at the edge of a forest on its cover, all draped in mist—an appropriate visual metaphor for a record that trafficked in dense autumnal atmosphere. When Spin interviewed them in 2013, around the release of that record, we praised the way “[frontwoman Dorthia] Cottrell’s vocals are buried in the mix, sometimes forcing listeners to strain to make out her lyrics.” On their new song “Diablere,” she’s loud and clear, standing just outside the fog that once enveloped her.

“Diablere” follows the excellent “Grey Garden” as the second single from Windhand’s forthcoming fourth album Eternal Return. Like its predecessor, it’s punchy and accessible, joining the bludgeoning fuzz guitar of Windhand’s nominal genre with melodies that recall the best of ’90s rock radio. Jack Endino, the producer who helmed several early Seattle grunge landmarks, was behind the boards for Eternal Return, as well as its predecessor, 2015’s Grief’s Infernal Flower. It’s a fruitful union. With Cottrell’s doleful singing and the band’s impenetrable masses of sound, “Diablere” somewhat recalls the heaviest and most psychedelic moments from Soundgarden, whom Endino brought into the studio for the first time back in 1988.

Eternal Return is out October 5 via Relapse. Hear “Diablere” below.