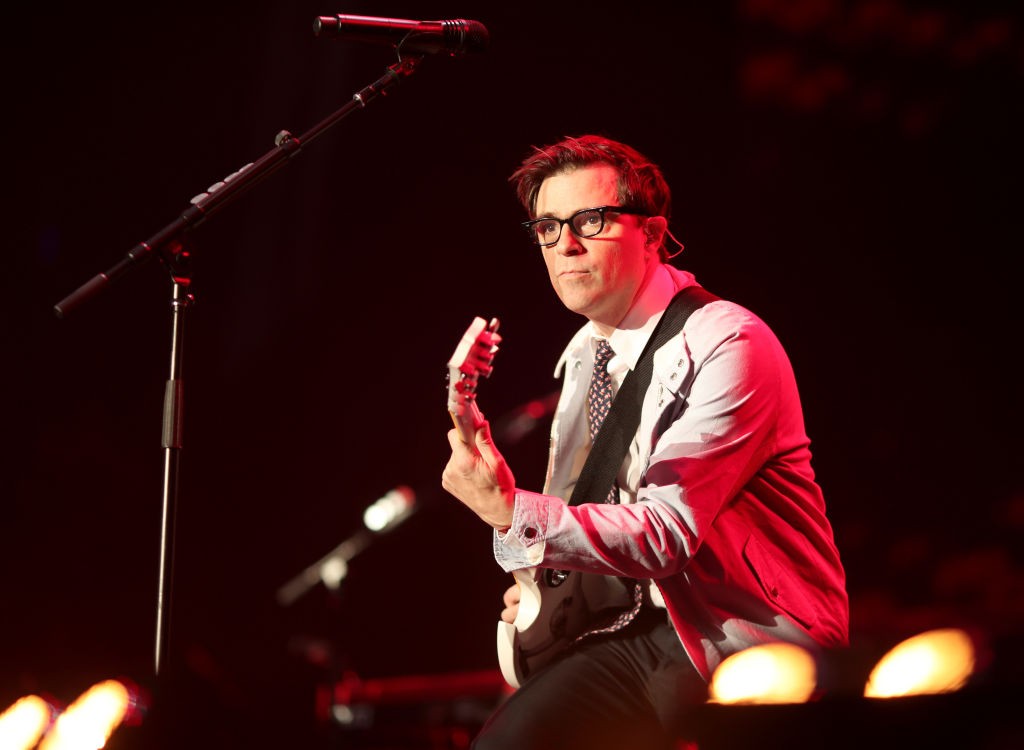 Weezer has released a new standalone single called “California Snow.” The song comes from the soundtrack of the upcoming Brendan Walter film Spell, which traces an American illustrator’s disquieting journey through Iceland in the wake of his fiancee’s death. (Walter plays in the band Valencia, and has directed music videos for Weezer in the past).

The song keeps in line with some of Weezer’s other recent material, in its odd juxtapositions of strange and melancholic lyrical and chordal shifts with empty trappings of modern pop production. Over hyperactive synth arpeggios, the song begins like a middle-schooler’s joke freestyle at recess: “Walk soft with a big stick, woo/When I play guitar it’s sick, woo/This is the definition of flow, woo/Nobody cold as this, woo.” The chorus drops, anti-cathartically– “California snow, never let me go/’Cause I’m down/Yes I’m down if you’re down”–and the confusing saga continues from there.

Weezer had their first hit since 2009 earlier this year with their long-solicited cover of Toto’s “Africa.” Weezer’s last album was 2017’s Pacific Daydream. In February, Rivers Cuomo said that the band would release their “Black Album” in May of this year, but that did not come to pass. Listen to “California Snow” below.