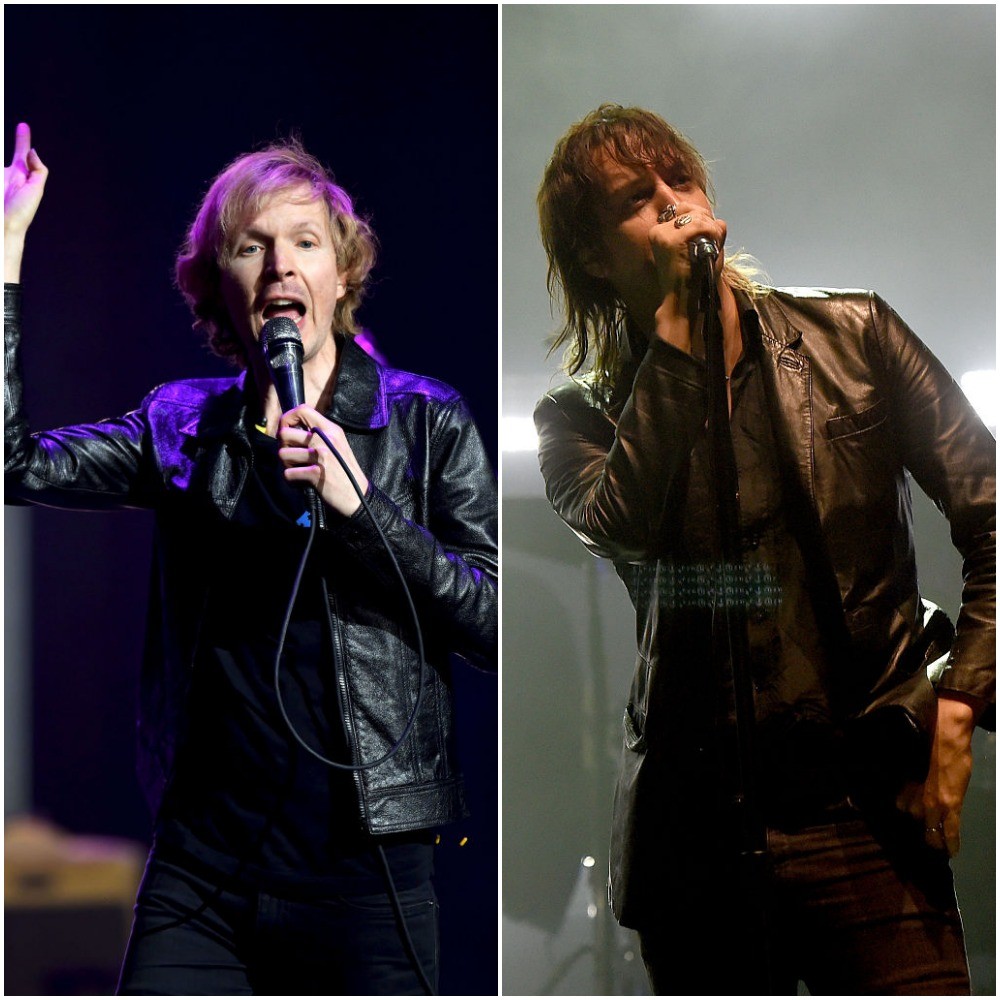 Beck dared to let Julian Casablancas’ categorically insane post-Strokes unit The Voidz open of him on some of the dates of his ongoing tour supporting Colors, his album from last year. Beck has been inviting special guests onstage at shows a fair amount recently. Just this past weekend, Gary Numan joined Beck at Chicago’s Riot Fest to perform Numan’s indelible new-wave megahit “Cars.” He’s also guested onstage at other people’s shows: Earlier this month, Phoenix collaborated with Beck on renditions of “Jack-Ass” and “Lost Cause” in Los Angeles.

Now, at their show in Lincoln, Nebraska last night, Beck and Julian Casablancas traded vocals on The Human League’s 1982 smash duet “Do You Want Me.” Casablancas’ gruff, goth-inflected delivery made it a much different and weirder affair than it presumably would have been in Beck tried the song alone. The Voidz released their sophomore album Virtue in March. Watch excerpts from Casablancas’ performance with Beck below.