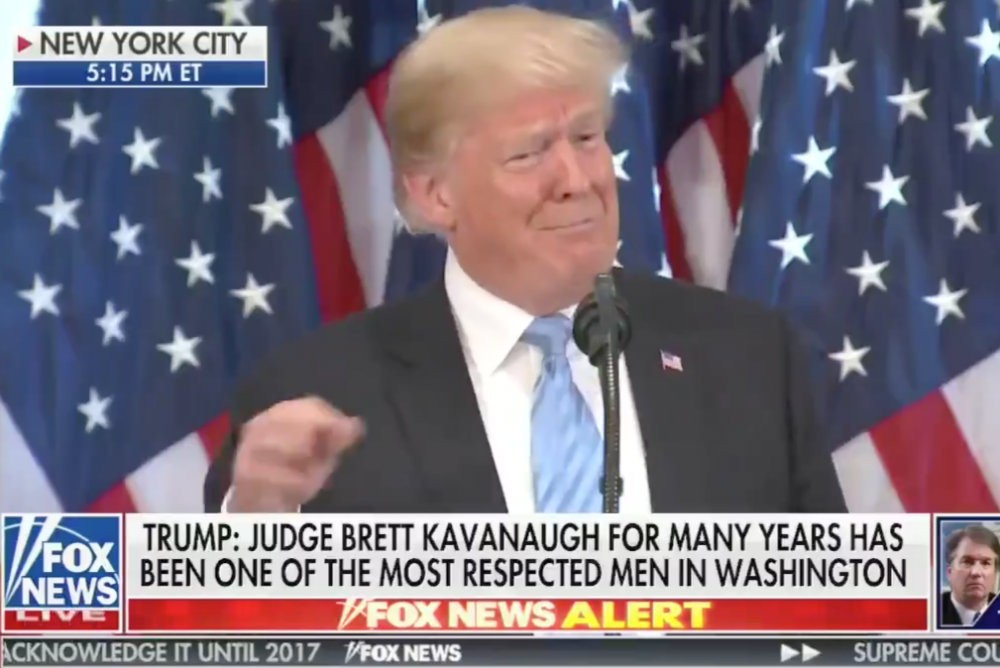 Donald Trump held an absolutely batshit press conference on Wednesday where he made paranoid accusations against the Democrats and took shots at other nations over perceived trade slights. Those were actually the more sedate parts of the presser, which was overshadowed by a bizarre non-sequitor this human manifestation of a key bump went on regarding the sexual assault allegations against his SCOTUS pick Brett Kavanaugh.

While insisting that the accusations against Kavenaugh are a “con job” perpetrated by Democrats, the president, himself an accused predator, opined about what skeletons may be littering George Washington’s closet.

Granted, by today’s standard, the founding fathers would be disqualified from holding office because they owned slaves and didn’t think women and people of color should be allowed to vote, but that’s hardly a secret. As far as the accusations Trump referenced, if you were being generous it’s likely he was thinking of Thomas Jefferson’s relationship with Sally Hemings, a slave who wasn’t legally able to reject her owner’s advances.

George Washington “may have had a bad past… didn’t he have a couple of things in his past?” – Donald Trump questions record of America’s first president and says Democrats would not vote for founding fatherhttps://t.co/Ho7fsxxD6i pic.twitter.com/U2eWmXahVN

The president then continued to ramble for about an hour and didn’t manage to sound any more coherent from there.