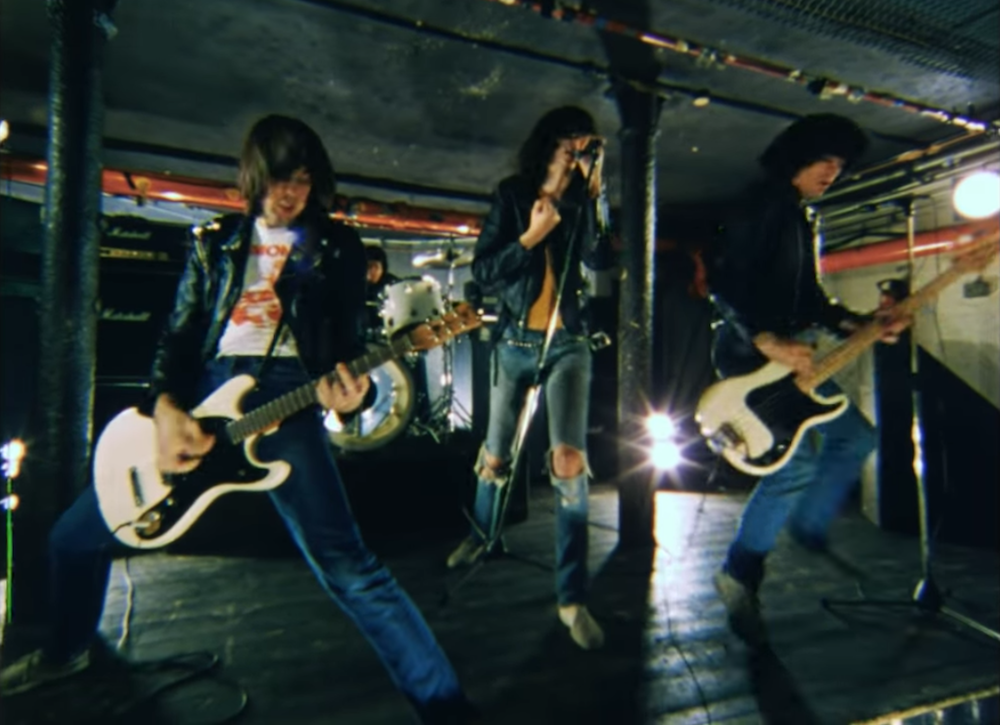 The Ramones recently released a deluxe reissue of their 1978 fourth album Road to Ruin, and to promote it, they’ve dug up a previously unreleased video of album cut “She’s the One.” The stripped-down video features the four of them playing in jeans and leather in some sort of garage; by the looks of it, it was filmed during the same shoot as the much better-known clip for “Don’t Come Close.”

The Road to Ruin reissue features two mixes of the original album as well as previously unreleased studio and live recordings, a hardcover book, photos, and the unused original album art. Road to Ruin was the first Ramones album without Tommy Ramone (replaced by former Voidoids drummer Marc Bell, rechristened Marky Ramone), and found the band slightly opening up their sound, more openly incorporating elements of the Phil Spector-era pop and early rock that had always been a touchstone for them.

It’s not exactly a novel observation, but watching videos of the Ramones in their ’70s heyday, you can’t help but be struck by the way bands like them—and people like Richard Hell, Johnny Thunders, Vivienne Westwood, and Malcom McLaren—created an archetype of cool rock’n’roll guy that is still being imitated (with varying success) today. Plenty of 2018 bands would kill to look as wiry and casually menacing as they do in this video—except for Joey’s teeth. We could probably do without another grill like that for another 40 years or so. Watch it below.