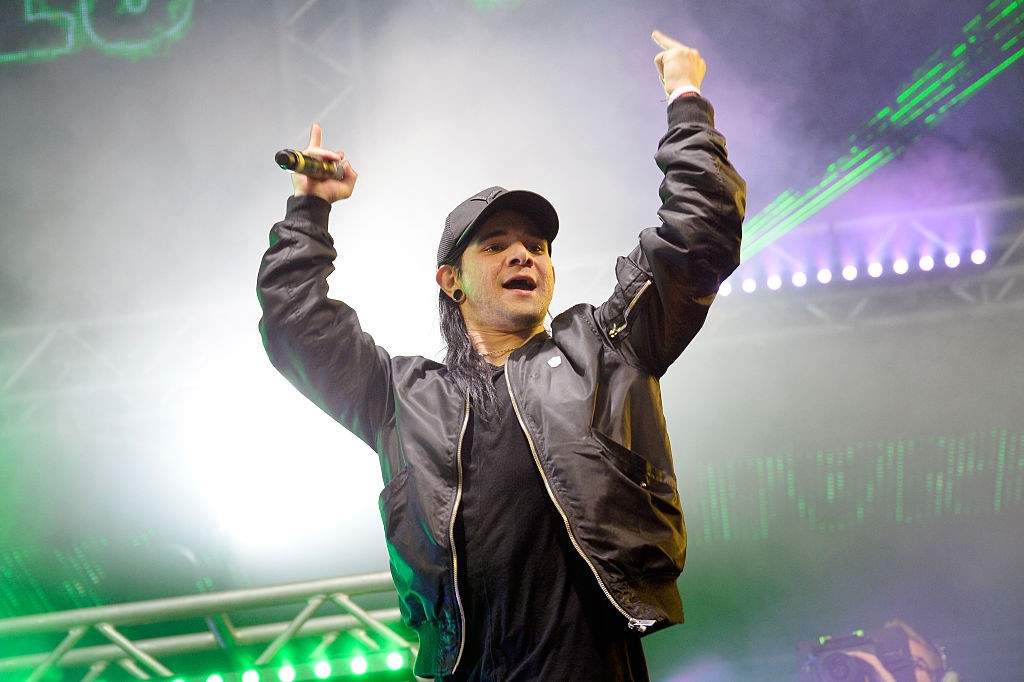 On Wednesday, Ty Dolla $ign was arrested on charges of marijuana and cocaine possession, as well as obstructing a law enforcement official, in Atlanta prior to a show supporting G-Eazy. The singer was reportedly with six other people in a van, none of whom were booked . Now new police body cam footage obtained by TMZ shows that Skrillex was among that party. In the footage, the viewer can see the DJ and producer, looking incognito in an cap, being patted down by police.

To the cops, Skrillex appeared an upstanding citizen; no illicit substances were found on his person. Later in the clip, he is visible crouching on the ground, either to stretch or tie his sneakers.

Reports from law enforcement to TMZ suggests that all of the contraband was found in possession of Ty Dolla $ign, who admitted to cops that the bag in question was indeed his. Ty was released on bond on Thursday, and will appear again in court on September 20. Skrillex will not.

Watch the body cam footage of Ty’s arrest and Skrillex’s non-arrest below while thinking about how stupid it is that Ty’s day was ruined by cops with drug dogs just because he was smoking weed in a van.