How Do We Know Scott Walker’s Bitmoji Isn’t Kneeling During the Anthem? 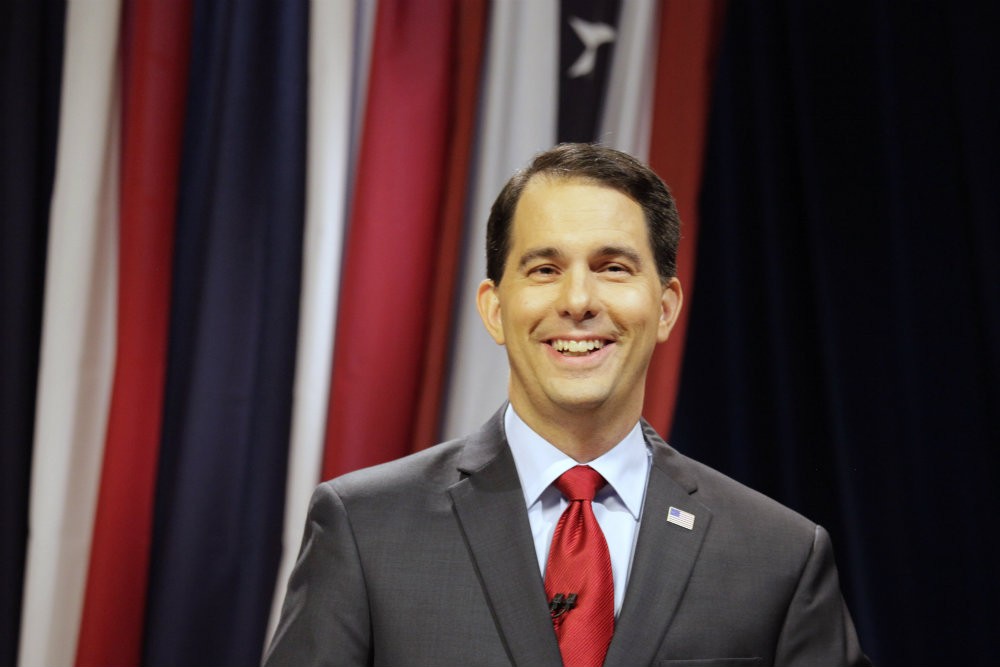 The NFL season is set to begin tonight, and thanks in part to Colin Kaepernick’s new Nike ads, the usual gang of conservative grandstanders, apple-polishers, and hall monitors is going predictably insane. One of these is Scott Walker, failed GOP presidential candidate and Wisconsin governor, who lashed out on Twitter today at professional athletes who take a knee during the national anthem to protest racism and police brutality. But how do we know that Walker—or, more precisely, his digital avatar—isn’t kneeling himself?

Walker, who is up for re-election, got into it today in response to a tweet from the running mate of his Democratic challenger Tony Evers about taking a knee that also referenced to Donald Trump. After a few tweets of self-righteous scolding of Evers and NFL players, Walker posted the following extremely generous Bitmoji image, in which he looks sort of like Dale Cooper after joining the Twin Peaks Sheriff’s Department and not the huge fucking dork he is.

The Bitmoji depicts the governor holding his hand over his heart, presumably pledging allegiance to the giant flag behind him. However, the illustration cuts off at the waist, omitting the pleated Dockers Walker is surely wearing.

And none of this staying in the locker room either. STAND UP. Be honorable. Show respect. It’s a simple ask compared to what our service members sacrifice EVERY SINGLE DAY for us. 🇺🇸 pic.twitter.com/vJG91BnLRb

How do we know Walker’s Bitmoji isn’t kneeling? And how do we know “The Star-Spangled Banner” isn’t playing out there in Bitmoji world while he does it? I see no extended legs, no feet planted firmly on American soil. The truth is we just don’t know. We reached out to the Walker campaign and asked if they can prove that Walker’s Bitmoji is standing, or if it’s safe to assume he’s some yellow-bellied hippie freak with no respect for the values of our proud country. We’ll update this post if and when his spokesperson responds to our request for comment.