Detroit post-punk unit Protomartyr has announced a new North American tour. Stretching from late November into December, the band will co-headline with Preoccupations (the former Viet Cong) on all of the dates. On the majority of the dates, the percussion-dominated UK band Rattle will open.

Protomartyr released the EP Consolation in June, which featured contributions from The Breeders’ Kelley Deal. In July, the band also released a collaborative 7″ called Irony Prompts a Party Rat with their former tour mates Spray Paint. Protomartyr’s fourth LP, Relatives in Descent, came out last fall; read our 2017 feature on the band here. Preoccupations released their latest album, New Material, in March. See the full list of tour dates below; tickets to the tour will be on sale tomorrow (September 14). 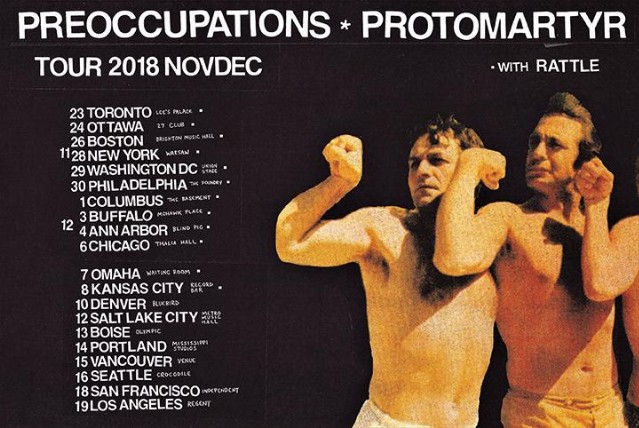 # with Preoccupations
^ with Rattle