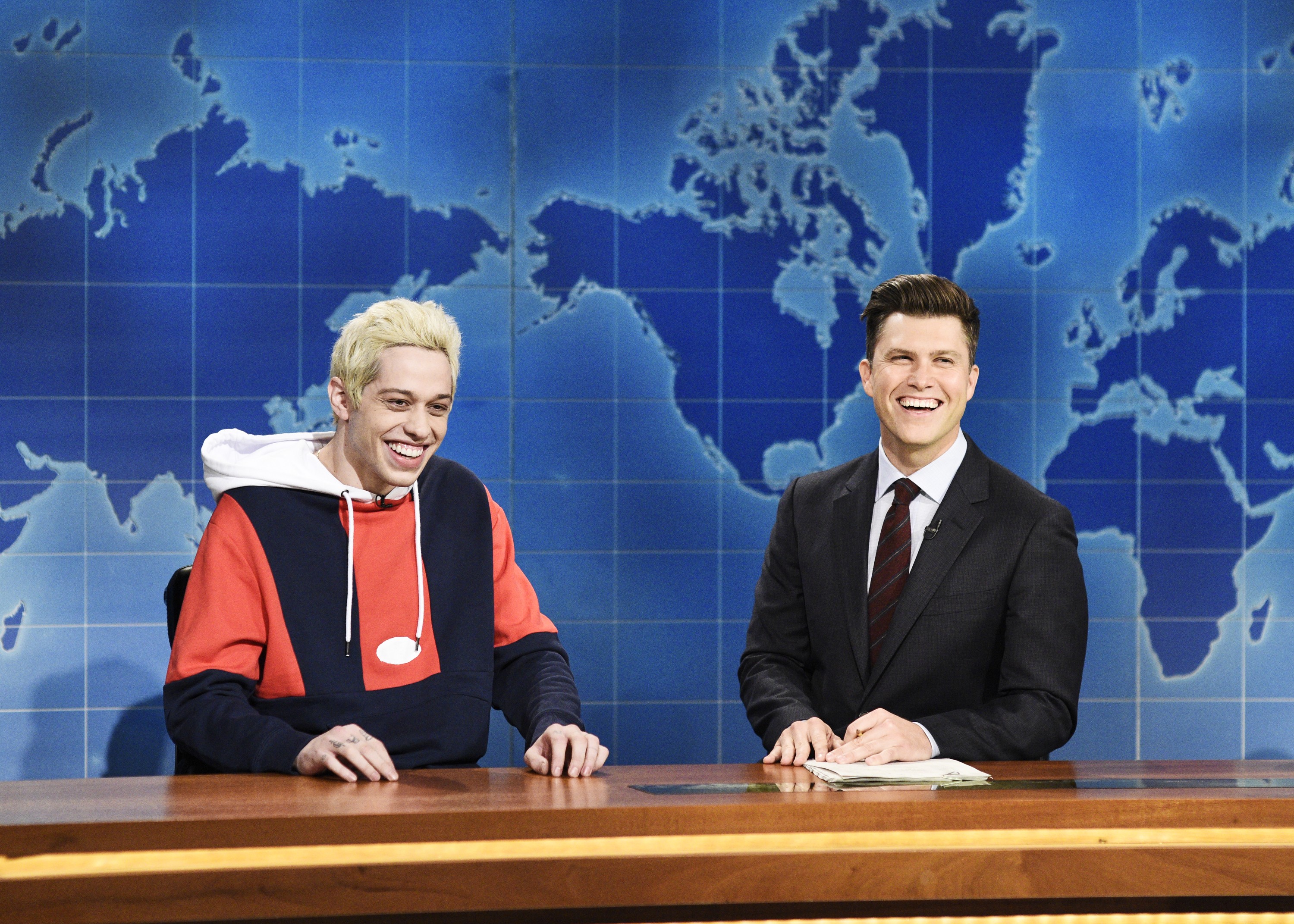 Kanye West was the musical guest on the season premiere of Saturday Night Live last night. Ariana Grande was originally slated to perform, but dropped out after her recent emotional loss. But Grande’s absence didn’t stop her fiancé and SNL cast member Pete Davidson from talking about her, as he’s been continually prompted to do for magazine interviews and talk shows.

For SNL’s Weekend Update segment, Colin Jost asked Davidson about his eventful summer. “She’s the number one pop star in the world and I’m that guy from SNL that everyone thinks is in desperate need of more blood,” Davidson said of his recent engagement. “I got death threats! It’s Malcom X, Martin Luther King, and Pete Davidson. Those are all people who have gotten death threats.”

Jost asked about the “prenup situation.” Davidson said he switched Grande’s birth control pills with tic-tacs, “just to make sure that she can’t go anywhere.” He seems pretty confident in their relationship. “If we break up — and we won’t — but in ten years, if that ever happens, there will be a song called ‘Pete Davidson’ playing on the speakers at K-Mart,” Davidson said. “And I’ll be working there.” Watch the full segment below.