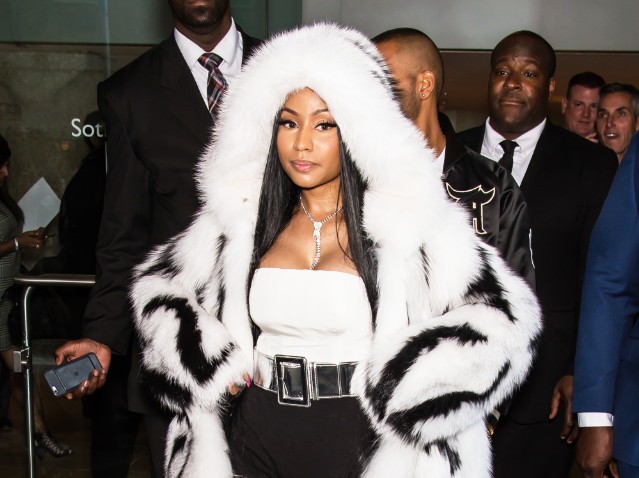 While Nicki Minaj might still harbor some resentment after Travis Scott beat her at #1 on the Billboard 200, she’s taking a page out of his book and spreading her wealth post-album release. Travis Scott gave away $100k on Twitter a week after releasing Astroworld. Minaj—who released her new album Queen last month—announced on today’s episode of her Beats 1 radio show that she will be giving former Cosby Show actor Geoffrey Owens $25k in response to a recently-viral picture of him bagging groceries at a New Jersey Trader Joe’s.

A woman by the name of Karma Lawrence took the photo earlier this week and shared it with the Daily Mail, who then shared it with the masses along with Lawrence’s quote, “It made me feel really bad. I was like, wow, all those years of doing the show and you ended up as a cashier.” Journalists and Twitter users called her out for “job-shaming” in essays and tweets. Owens quit his position and responded to the Hollywood Reporter, among other news sources and talk shows, “It was humiliating, acutely, for a very short time—and then there was this amazing rescue from the world.”

Minaj announced another generous donation—$150k to three college students towards their student loans—this week during her appearance on the Ellen DeGeneres Show. Back in July, she covered 37 college scholarships. All hail Nicki The Philanthropist. Listen to a clip from today’s Queen Radio episode below via TMZ.