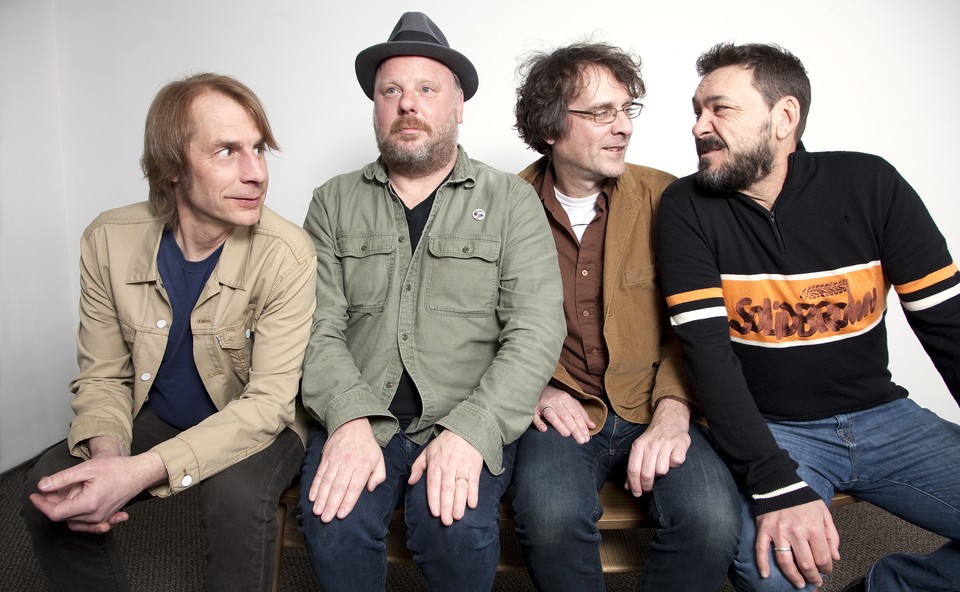 Grunge pioneers Mudhoney have released their newest album Digital Garbage. The album follows the group’s 30th birthday release LiE (Live in Europe) earlier this year and takes a more strident approach to 21st-century political commentary. Frontman “Mark [Arm] was definitely inspired lyrically by what’s happening in the world post-Trump,” guitarist Steve Turner told Straight. “I let him kinda put the record together, so I think this one has some real cohesion to it. Mark is more engaged in the political process [lately], and he has been for the last 10 years. I think it’s just a process of where Mark’s at.”

First single “Paranoid Core” lashes out at the alt-right in America and “Kill Yourself Live” relays the dangers of social media, with other tracks like “Please Mr. Gunman” and “Next Mass Extinction” echoing the sentiments. “It’s so weird to how they’re like, ‘We don’t want terrorists to have guns,’ or, ‘We’re so afraid of terrorists,’ but they’ll just let anyone print up a fucking AR-15,” frontman Arm told Penny Black Music, referring to recent controversy over 3D printing of guns. “It’s insane… I don’t know how actively the NRA would really want guns to be manufactured that way because they’re basically the lobby that represents the gun manufacturers.” Listen to Digital Garbage in full below.