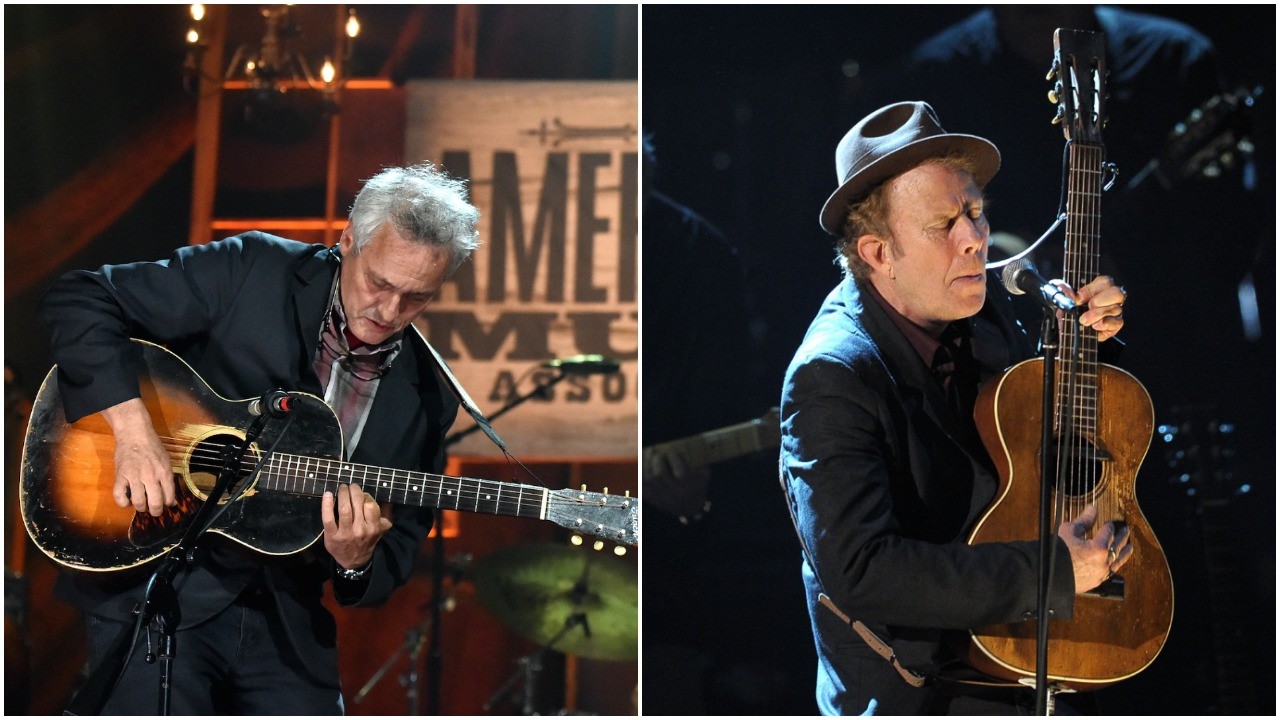 Chameleonic and iconoclastic guitarist Marc Ribot is releasing a new album on Friday called Songs of Resistance 1948 – 2018. As the title implies, the LP is a collection of Ribot’s interpretations of twentieth century protest songs, mixed with a few original compositions. The record features lots off special guests, and today Ribot has released an advance track featuring one of his most famous collaborators: Tom Waits. It’s the first new recording by Waits in two years.

Waits, to whose albums Ribot has contributed (spectacularly) since the 1980s, joins the guitarist for a somber rendition of the Italian anti-fascist anthem “Bella Ciao (Goodbye Beautiful).” The song is a traditional folk song, but was adopted by the Italian partisan resistance fighters (“partigiani”) in the Italian Civil War. The accompanying video, directed by Jem Cohen, features footage from anti-Trump protests.

Of the song, Ribot said in a statement to Pitchfork: “I played Tom a bunch of the tunes and he immediately bonded with that one. Of course, he brings a certain gravitas to everything he does—my Italian friends say he sounds exactly like an old ‘partigiano’!”

Ribot’s album also features appearances from Steve Earle, Meshell Ndegeocello, Sam Amidon, Justin Vivian Bond, Fay Victor, Ohene Cornelius and more. In August, the guitarist released the Ndegeocello collaboration “The Militant Ecologist”—also an Italian resistance song. Preorder Songs of Resistance here. Earlier this summer, it was confirmed that Tom Waits would be appearing in the upcoming Coen Brothers film The Ballad of Buster Scruggs. It was not confirmed whether or not he actually stole Jack White’s watch during a recent San Francisco performance by the former White Stripe.

Listen to Ribot and Waits’ mournful and vulnerable take on “Bella Ciao” below.