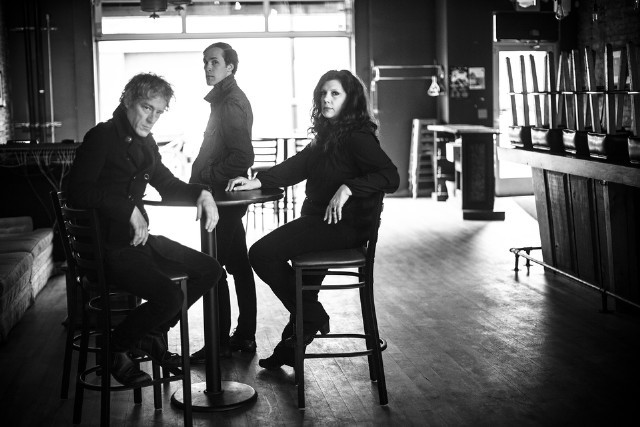 Minnesota indie rock lifers Low are mostly known as pioneers of so-called “slowcore,” the ’90s subgenre named for its patient tempos and chiming clean guitars. They’re now working in quite different territory. Everything we’ve heard so far from Low’s forthcoming twelfth album Double Negative is still slow, but rather than using traditional rock instrumentation, it is built on a bedrock of craggy noise and electronics: rich, textured, and always on the verge of collapse. After a string of gorgeous advance tracks—“Quorum,” “Dancing and Blood,” “Fly,” and “Disarray”—the entire album can now be heard in full.

Despite the changing scenery, Low haven’t abandoned their strengths. Alan Sparhawk and Mimi Parker still sing with the reverence of church cantors, bringing quiet intensity to every note. The new sounds may have something to do with producer B.J. Burton, who also assisted Justin Vernon’s turn to humming-microwave psychedelia on Bon Iver’s 22, A Million in 2016, or the fact that Double Negative was recorded in Vernon’s Wisconsin home studio. (Burton also produced Low’s previous album, 2015’s Ones and Sixes, which edged toward this territory without a full immersion.)