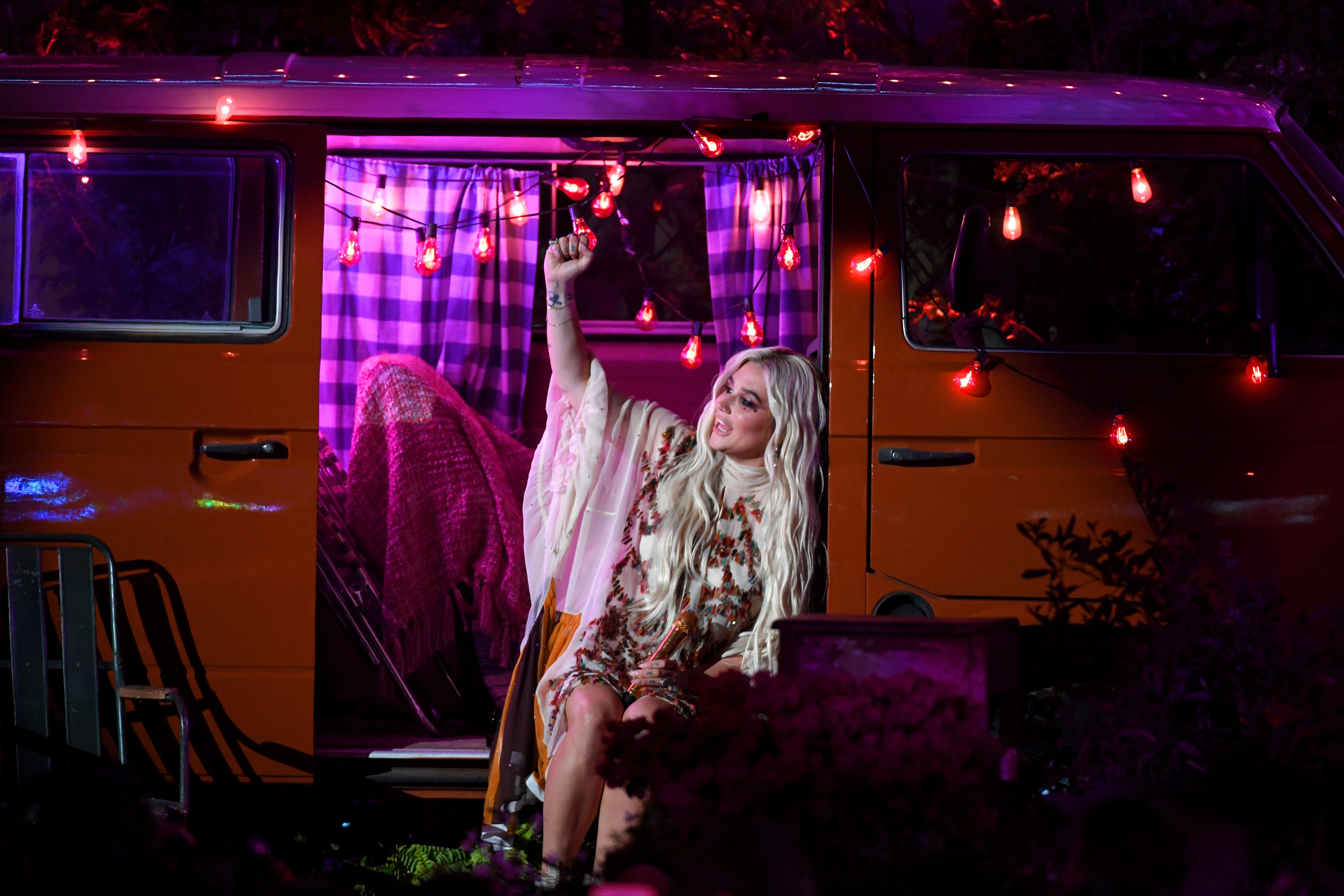 Kesha shoots for an uplifting message of activism and change as she shares a new song, “Here Comes The Change,” which she contributed to the forthcoming Ruth Bader Ginsburg biopic On the Basis of Sex. The track arrived today with an op-ed that Kesha wrote on Refinery29 in which she discussed the motivation behind the song and the important of creating change. “If we don’t participate, if we don’t make our voices heard, things will only get worse. In order to create the lasting change we want, we have to stay involved and above all, we have to vote,” Kesha wrote. “I wanted to do what I could to pay tribute to Ginsburg, who has spent a lifetime fighting tirelessly for equality, with no signs of slowing down. I wanted to make my voice heard, too.”

The folksy-pop anthem comes with a lyric video, directed by Brandon Bloch, showing young people gathering in the spirit of progress and signing up to vote, along with archival footage of American protests. Kesha’s last album, Rainbow, came out in 2017, while an accompanying documentary was released last month. Watch the video for “Here Comes The Change” and check out the single artwork below.