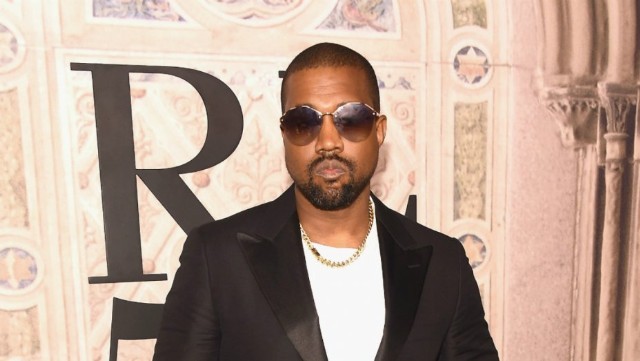 But there was drama on the red carpet outside, too. When rapper and designer Kanye West arrived, he was asked by a female reporter from Entertainment Tonight about Tyson Beckford’s recent comments about his wife, Kim Kardashian West, referring to their social media feud laced with accusations of body shaming, sexual outing, and more.

That’s when the Grammy award-winning artist lost his cool and demanded the public relations team remove said journalist from the carpet, threatening that it was either him or her. “Ralph Lauren would be disappointed to have a journalist ask me questions like this at his show,” West said to the house PR team. “Either she leaves or me, you decide.”

He then went on to point out the reporter and her team as cameras rolled.

West even went as far as leaving the premises of the event until the PR team confirmed that the journalist was removed. Less than an hour later, the rapper posted a picture on his Twitter, showing him seated at the dinner table while Oprah gave a speech and former Secretary Clinton looked on, captioned, ‘I got a great seat.”

I got a great seat pic.twitter.com/2e6o2BBb39

Other guests were more low-maintenance.

“It is a very nice and pleasant evening to celebrate a great designer and an American icon,” Martha Stewart told The Hollywood Reporter on the red carpet. “He’s my next-door neighbor, I know his kids, I know his dogs, so for me tonight is more than fashion.” Other attendees included Jessica Chastain, Chance The Rapper, Anne Hathaway, Blake Lively, and Crazy Rich Asians star Henry Golding, who is embarking on his first ever Fashion Week.

“For 50 years, he has been the ultimate American designer, so it’s amazing to be here,” Golding told THR. The rising actor donned head-to-tie in the designer’s threads. In the midst of the busiest week in fashion, Lauren’s show brought out some other top designers, including Tommy Hilfiger, who just premiered his latest collection in Shanghai and Michael Kors. “Fashion is a tough business and to stay relevant and exciting and enthusiastic for 50 years is remarkable, so you have to take your hats off to him,” Kors told THR.