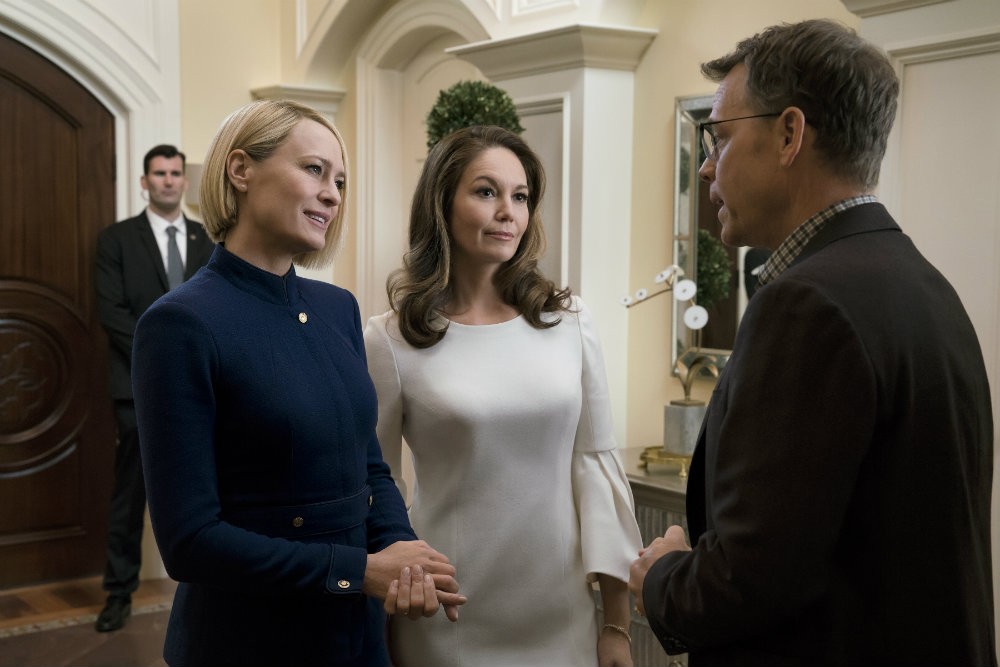 The trailer for the final season of the Netflix drama House of Cards gives a peak into the turbulent Claire Underwood presidency.

In the new clip, we see Robin Wright’s President Underwood grieve for her deceased husband Frank Underwood, spar with a pair of sibling lobbyists played by Diane Lane and Greg Kinnear, and just barely survive an assassination attempt. Frank was written out of the show last year after star Kevin Spacey was accused of sexual harassment or assault by several men, some of whom claimed they endured unwanted advances from Spacey while working on the House of Cards set. During the last season 6 teaser, we saw Claire addressing Frank’s grave. Now, we get a glimpse of the political storms she’ll weather now that her longtime co-c0nspirator, President Foghorn Leghorn, is gone.

“My first 100 days as president have been difficult. I lost my husband,” Claire says, setting the tone for the new season. “We were about to celebrate 30 years together. Whatever Francis told you in the last five years, don’t believe a word of it.”

During a heated confrontation, Claire is seen declaring “the reign of the middle-aged white man is over.”

The final season of House of Cards premieres on November 2. Watch the new trailer below.

House of Cards to End After Upcoming Season