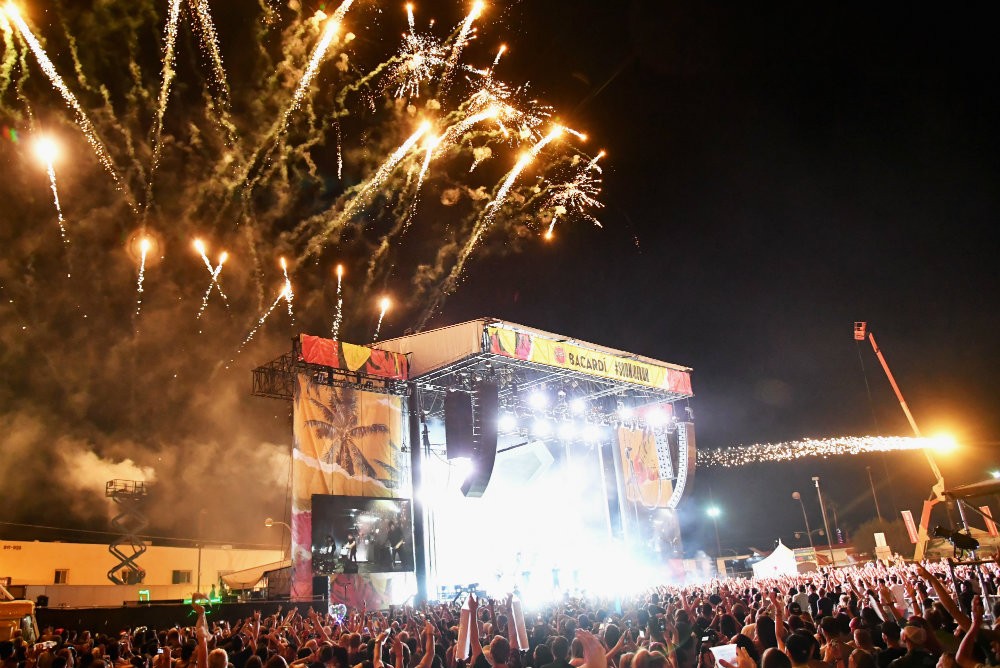 CREDIT:Jeff Kravitz/FilmMagic for Life Is Beautifu

Two attendees suffered minor injuries after a rogue firework broke away from the pyrotechnic display EDM duo Odesza used to close out their set on Sunday, TMZ reports. Odesza was performing at the Life Is Beautiful festival in Las Vegas when a lone firework fired directly into the crowd, while the rest of the display shot up towards the sky. From TMZ:

Law enforcement sources tell TMZ one of the pyrotechnics fell over when the firework unit malfunctioned, causing a spark to shoot out.
Two people in the crowd suffered minor injuries — one person hit in the stomach and the other in the eye. They were both treated on scene.

Concertgoers captured video of the stray firework while filming the duo’s set.

“Dude, one of the fireworks went into the crowd during Odessa’s set,” One Twitter user wrote. “That shit was terrifying, I hope the people that were in that area are okay.”

“I was having a great time until a rogue firework literally exploded in front of our faces,” Another attendee tweeted, “is anyone going to accept responsibility?”

Spin has reached out for comment to both Odesza and the Life Is Beautiful organizers and will update if we hear back.

Dude, one of the fireworks went into the crowd during Odesza’s set That shit was terrifying, I hope the people that were in that area are okay. Straight up.. #lifeisbeautiful pic.twitter.com/b3aSoyD97Q

Life is so beautiful except when you almost get hit by a firework #lifeisbeautiful pic.twitter.com/AaCJXy8FBc

You guys…. there was a firework mishap at odesza at #lifeisbeautiful pic.twitter.com/R01lc6DggF