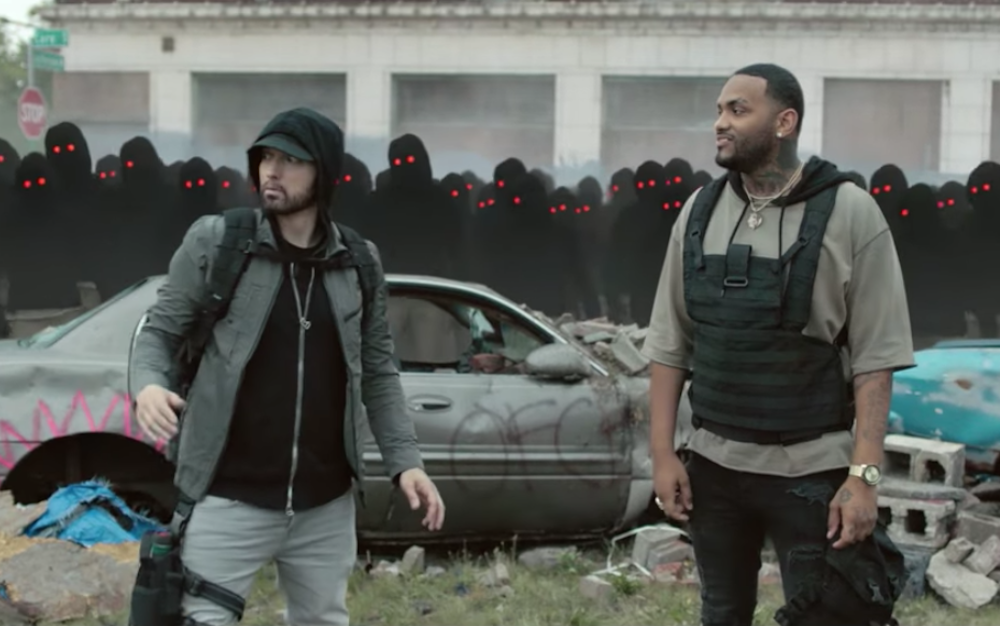 Eminem’s video for “Lucky You” featuring Joyner Lucas has dropped. The song comes from his latest surprise album Kamikaze and follows the video for the controversial track “Fall,” featuring Justin Vernon, in which Eminem goes on a rampage against Pitchfork, former associate Joe Budden, and Tyler the Creator, among others. “Lucky You” follows a similar critique of current rappers: “We need Three Stacks ASAP and bring Masta Ace back / Because half of these rappers have brain damage / All the lean rappin’, face tats, syruped out like tree sap,” he raps on the track.

Executive produced by Dr. Dre and Eminem himself, Kamikaze also credits Kendrick Lamar as a writer on “Greatest” and Little Dragon on “Normal,” with added features from Jessie Reyez on “Good Guy,” Royce da 5’9 on “Not Alike,” and adds the track “Venom” from the upcoming Marvel movie of the same name. Eminem recently sat down with Sway on his YouTube channel to talk about his feud with Machine Gun Kelly, why he released Kamikaze as a surprise, and the response to his 2017 album Revival.

Watch the new video for “Lucky You” below.