Elon Musk has been navigating a PR crisis as of late and apparently decided to right the ship by appearing on The Joe Rogan Experience on Thursday evening. Two hours into the historic summit, Rogan lit up a blunt and passed it to the embattled Tesla CEO, who claimed to have never smoked one before. Or maybe he tried one once. He can’t remember.

“Is that a joint, or is it a cigar?” a bewildered Musk asked before smoking it on camera. Rogan cautioned the billionaire about what his “stockholders” would think, but Musk reasoned that smoking weed is legal in California, where this interview took place.

Last month, a highly fraught and emotional Musk told The New York Times that he didn’t care much for smoking weed in response to questions about his tweet announcing intentions to take the car company private at $420 per share. 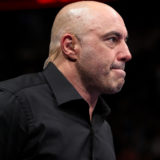 “It seemed like better karma at $420 than at $419,” Musk told the Times. “But I was not on weed, to be clear. Weed is not helpful for productivity. There’s a reason for the word ‘stoned.’ You just sit there like a stone on weed.”

The stoned conversation between Rogan and Musk sounded like typical liberal arts college dorm room fodder, despite taking place between an MMA bro and the world’s richest edge lord. Musk wondered if horses ever got freaked out when they had to haul dead horses away in the horse and buggy days, and Rogan asked Musk to interpret a dream he had about “a million Teslas. Not the car, but Nikola.” Things got a little dark when Musk said “I don’t think people would like to be me. I don’t think they would like it very much.”

“But they can’t be you, that’s some superhero shit,” Rogan said, clearly trying to assuage Musk’s melancholy mood shift. “You wouldn’t want to be Spider-Man, you’d rather sleep tight in Gotham City.”

Granted, there are a ton of reasons why you wouldn’t want to be Musk. For starters, there’s the looming SEC investigation which Musk brought upon himself by tweeting about taking Tesla private. Then there’s the issue of Chief Accounting Officer Dave Morton leaving Tesla shortly after Musk’s Rogan interview went viral. He had only been with the company for about a month.

“Since I joined Tesla on August 6th, the level of public attention placed on the company, as well as the pace within the company, have exceeded my expectations,” Morton said in an SEC filing. “As a result, this caused me to reconsider my future. I want to be clear that I believe strongly in Tesla, its mission, and its future prospects, and I have no disagreements with Tesla’s leadership or its financial reporting.”

In addition to Morton, the head of HR, Gabrielle Toledo, ran for the hills, informing Tesla that she won’t return to the company after her current leave of absence.

As a result of the departures and blunt hitting, Tesla’s stock is tanking, but at least the segment produced some fun memes. So it all kind of evens out. In any case, if Musk is on a campaign to convince the Tesla shareholders and board of directors that he’s still erratic and wildly unpredictable, he’s succeeding.

Watch the interview below. The blunt makes an appearance at the two hours and 10 minutes into the episode.