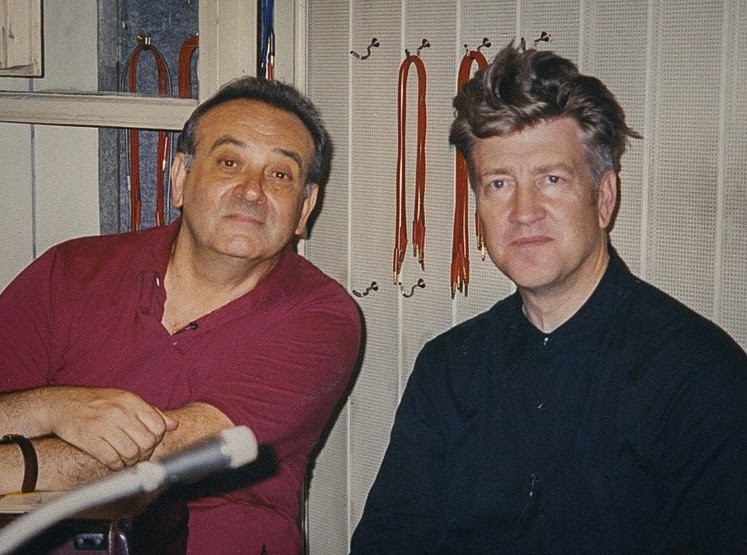 Sacred Bones Records is bringing a long-lost treasure to light: the collaborative album David Lynch and his go-to composer Angelo Badalamenti recorded in 1992 and 1993. Entitled Thought Gang, the project is being released as a 12-song release for the first time, though tracks from the album appeared in Lynch’s 1992 Twin Peaks film Fire Walk With Me (“A Real Indication,” The Black Dog Runs at Night”) and in last year’s Twin Peaks: The Return (“Frank 2000,” “Summer Night Noise,” an instrumental version of “Logic and Common Sense”). Fragments and repurposed bits from the sessions also crop up in Lynch’s HBO miniseries Hotel Room, his films Mulholland Drive and Inland Empire, and an Adidas commercial he directed in 1993.

Today, Sacred Bones has posted an unreleased track from the album called “Woodcutters From Fiery Ships.” The free-jazz-imbued track is an eerie trio for drums, bass, and vocals—the vocals consisting of a fractured, blown-out monologue. In a statement about the album (specifically, “Logic and Common Sense”),  bassist Reggie Hamilton recounted Lynch’s improvisational directions: “He said imagine you’re a chicken with your head cut off running around with a thousand bennies shoved down your throat!” That modus operandi seems to be very much at work in the punishing, extemporaneous-sounding “Woodcutters From Fiery Ships,” which you can hear below.

Thought Gang is due out on November 2 in two different vinyl limited editions and a standard version. The track list and cover art are also below. 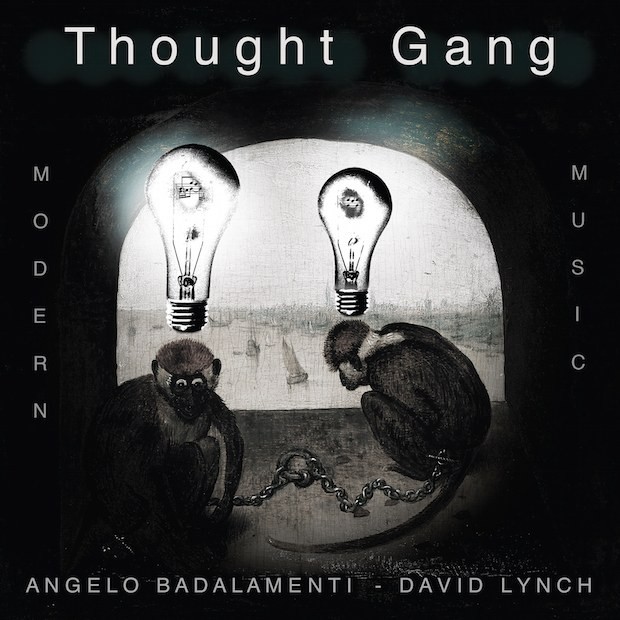