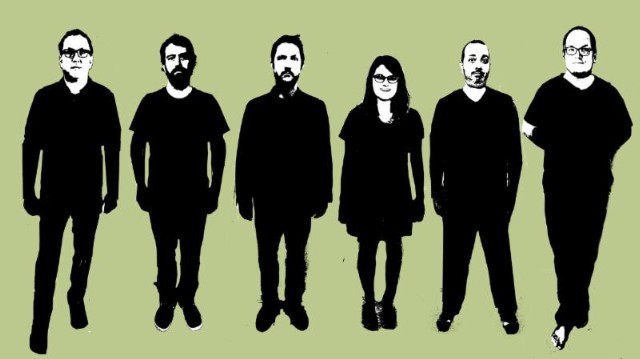 Cursive, the Omaha-founded post-hardcore band led by Tim Kasher, return next month with Vitriola, their first new album since 2012. Yesterday, they released second single “Under the Rainbow,” and like the earlier “Life Savings,” its evocation of societal oppression and stifled potential doesn’t mince words. “The one percent live in high rises /  They block out the sun for all the denizens,” Kasher sings. “They write the laws on guns and gods / And push ‘em upon the hard folk down below.”

In an interview with Stereogum, Kasher discussed the process of making Vitriola—the band culled a total of 21 recorded songs down to 10 on the final track list—and members’ decision to amicably break away from their longtime home on Saddle Creek Records to start their own small independent label, 15 Passenger. Kasher used to feel he “hated” Cursive’s standout 2003 album The Ugly Organ, but he says he’s come around: “I think it’s what so many writers go through, just like, ‘I write so much stuff. That’s ONE of my records. That’s A record. I don’t know what the big deal is.’ I’ve since come around to really respecting and appreciating it. I respect it for affording me such a long career.”

Vitriola is out October 5 from 15 Passenger. Cursive will play an expanded run of U.S. tour dates beginning next month, visiting all regions of the country this winter. Listen to “Under the Rainbow” below and see Cursive’s extensive list of upcoming dates below.