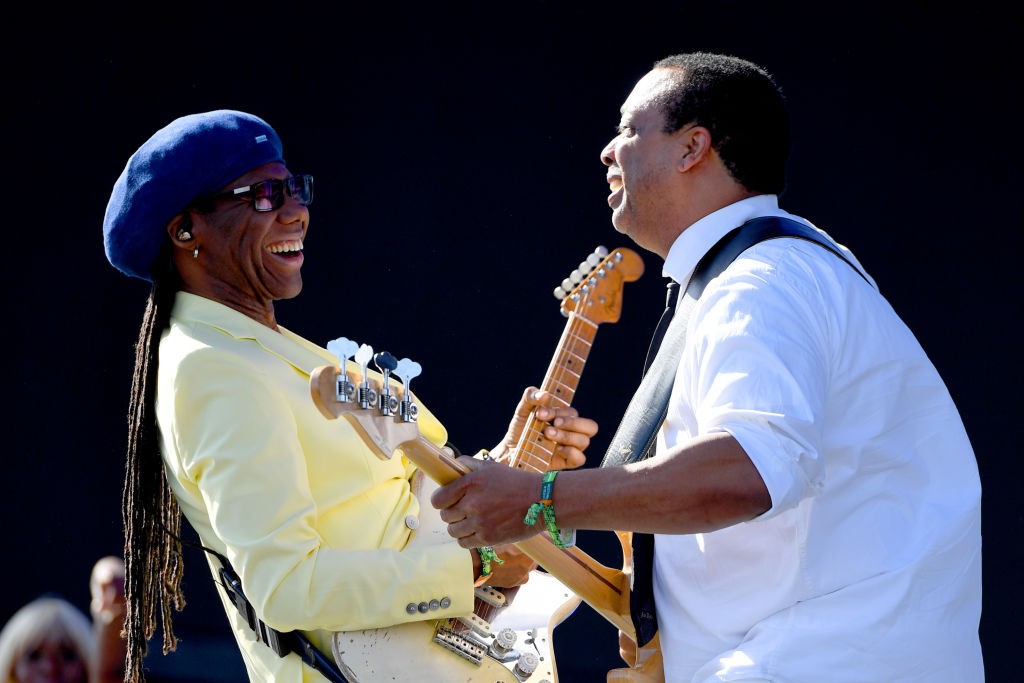 Legendary disco group Chic have released their first album in 26 years, the aptly named It’s About Time. “I’ve been doing this one album for such a long time,” bandleader Nile Rodgers told Billboard, comparing the process to that of Daft Punk’s 2013 release Random Access Memories: “They had been working on it for eight years before I walked into the studio and we did ‘Get Lucky.'” As for what took so long: “Everything inside of me said [releasing it was] wrong, wrong, wrong,” Rodgers told V Magazine.

Ahead of the new album, Chic released the single “Till the World Falls,” which features contributions from Mura Masa, Vic Mensa, and Cosha, as well as “Sober,” featuring Craig David and Stefflon Don. They also performed “Boogie All Night” with Mura Masa and Nao on Later… With Jools Holland. The rest of the album includes collaborations with Lady Gaga, Elton John, Emeli Sandé, Lunchmoney Lewis, and Hailee Steinfeld.

The cover of It’s About Time replicates the double portrait from Chic’s 1977 self-titled debut, replacing models Valentine Monnier and Alva Chinn with rising stars Duckie Thot and Jazzelle Zanaughtti. “It’s almost as if I get to live my life again,” Rodgers revealed in the same V interview. “It’s almost as if I get to re-do whatever mistakes I made, and goddamn, I made lots of them. Then maybe I get a chance to get it right.” Listen to Chic’s new album It’s About Time in its entirety below.