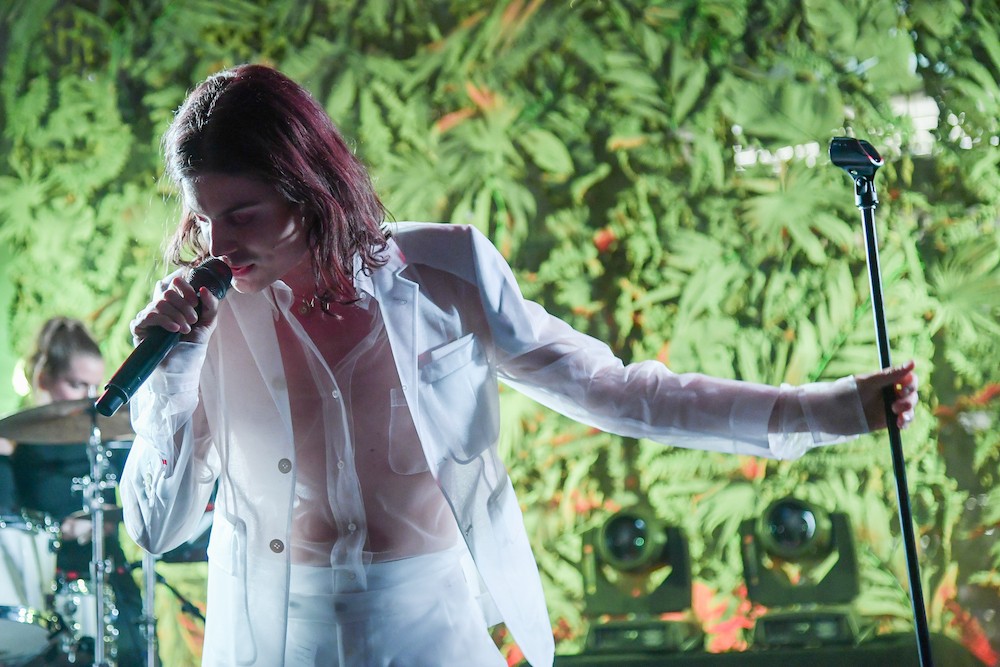 BØRNS will no longer be performing at the All Things Go Fall Classic, the D.C.-based music festival announced in a statement to the press today. The announcement follows allegations of sexual misconduct against the pop singer-songwriter (real name Garrett Borns) that surfaced online recently. Borns has denied the allegations.

“BØRNS will no longer be performing at the 2018 All Things Go Fall Classic,” a representative of the festival wrote. “We hope, in all years and especially this one, that the Fall Classic continues to be part of making the music world a better, more equal place.”

Last week, two Twitter users gave accounts of meeting Borns at concerts and carrying on social media correspondence with him that eventually led to sexual encounters. One of these women wrote that she met and began chatting with Borns when she was 16, and that he “groomed” her from that age, though she did not have sex with him until she was 18. She added that he did “things I did not want, and it hurt,” but she was not “[accusing] him of r*pe, the sex was consensual, and happened when I was of age.” The other woman wrote that she met Borns when she was 20, and that she was “drunk and was completely taken advantage of” in a later sexual experience with him.

“I am both hurt and angered over the disturbing and false allegations that have been spread over the past few days on social media,” Borns wrote in response. “All of the relationships I have had were legal and consensual. They ended abruptly and that obviously caused hurt feelings, but for anyone to suggest anything beyond that is irresponsible.”

All Things Go is a relatively small festival based in D.C., currently in its fifth year. Other 2018 performers include Carly Rae Jepsen, Maggie Rogers, and Jessie Reyez.