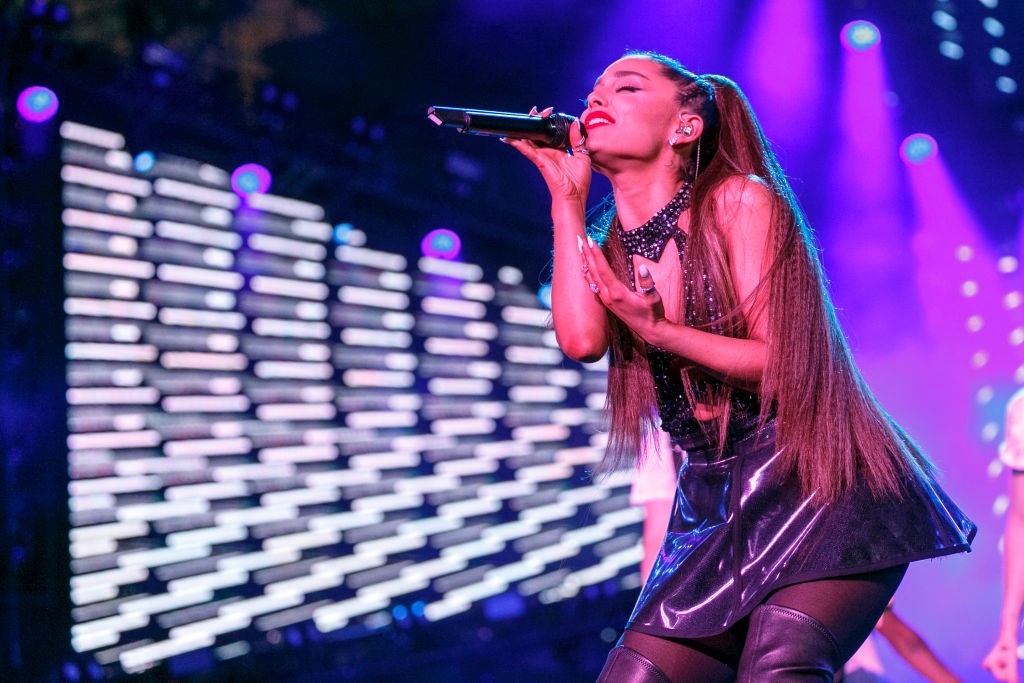 A (by her own admission) extremely sleep-deprived Ariana Grande made her debut appearance at the BBC Radio 1 Live Lounge today, singing Sweetener songs “No Tears Left to Cry,” “R.E.M.,” and “God Is a Woman” with a backing band and accidentally dropping the word “shitty” during the live broadcast. Live Lounge setlists traditionally include a cover song, and Grande went with a somewhat unexpected pick: bass maestro Thundercat’s wistful, wobbly “Them Changes,” from his 2017 album Drunk.

Thundercat is “a super brilliant artist,” Grande said, calling “Them Changes” her “favorite song of the past year and half.” Her band delivered an intimate, refreshed take on the original that kept the song’s funky core intact while playing up its jazzy piano. Thundercat compositions operate on a different vibe than the minimalist celestial pop songs of Sweetener, but then they don’t say Grande has the range for no reason.

Grande’s new album Sweetener is out now. Thundercat recently appeared at NPR’s Tiny Desk alongside collaborator and Grande’s ex-boyfriend Mac Miller; back in November, he gave his own live performance of “Them Changes” on The Late Show With Stephen Colbert.

Update (4:45 p.m. Eastern): Ariana Grande’s Thundercat cover is now available as a standalone video. Watch her perform “Them Changes” below.