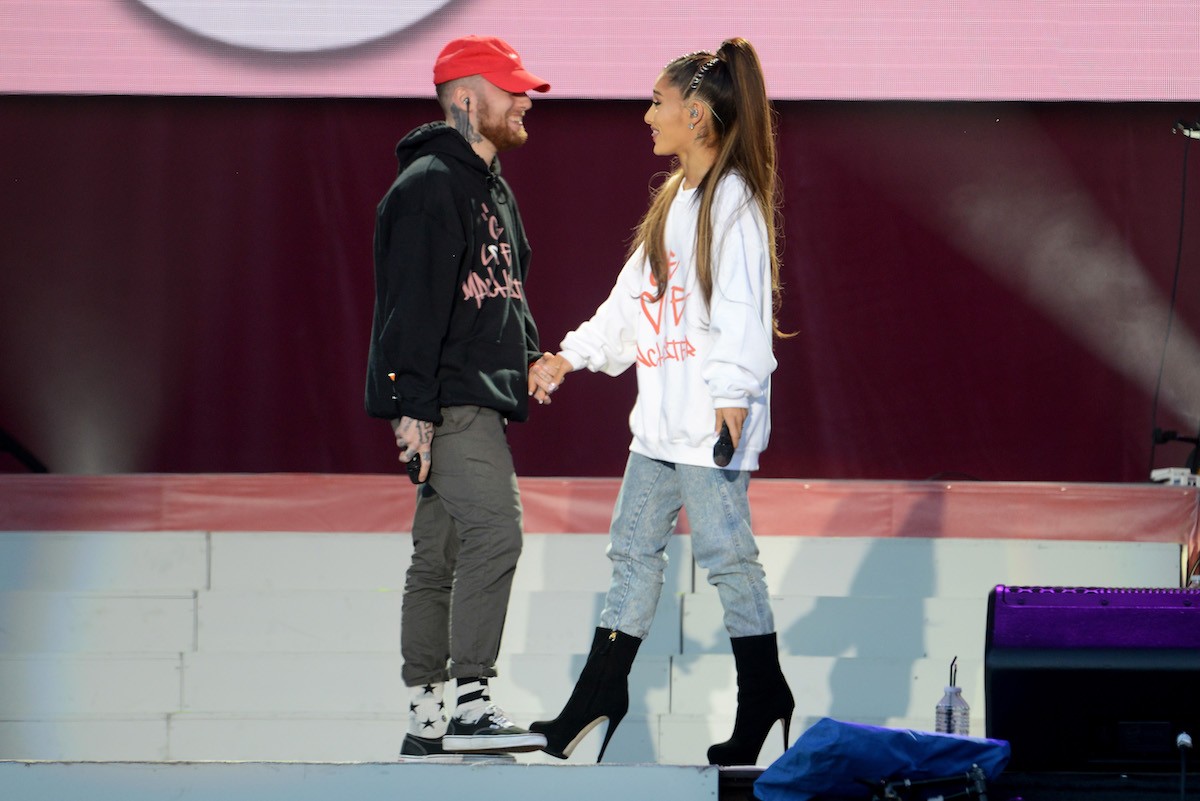 After Mac Miller’s death, Ariana Grande, who dated Miller before becoming engaged to Pete Davidson, posted a caption-free photo to Instagram showing Miller gazing up at her with the tips of her shoes visible at the bottom of the frame. Today, she posted an extended statement written to Miller directly, in which she says that he was her “dearest friend” and that she is “so sorry i couldn’t fix or take your pain away.” The statement, which accompanied a sweet ephemeral video of Miller and Grande goofing around over dinner, reads in full:

i adored you from the day i met you when i was nineteen and i always will. i can’t believe you aren’t here anymore. i really can’t wrap my head around it. we talked about this. so many times. i’m so mad, i’m so sad i don’t know what to do. you were my dearest friend. for so long. above anything else. i’m so sorry i couldn’t fix or take your pain away. i really wanted to. the kindest, sweetest soul with demons he never deserved. i hope you’re okay now. rest.

Miller and Grande have been longtime collaborators. He appeared on “The Way,” the single that broke her as a budding superstar; Grande returned the favor, guesting on “My Favorite Part,” a song off Miller’s 2016 The Divine Feminine, which was believed to be largely inspired by his relationship with Grande. The two broke up in early 2018, and after Miller was arrested on suspicion of DUI in May, Grande responded to a fan’s tweet with a statement saying their relationship was “toxic” and that she “tried to support his sobriety & prayed for his balance for years (and always will of course).”

Miller, 26, died last week at his home in Los Angeles. A cause of death has not yet been announced but it is believed that he overdosed.