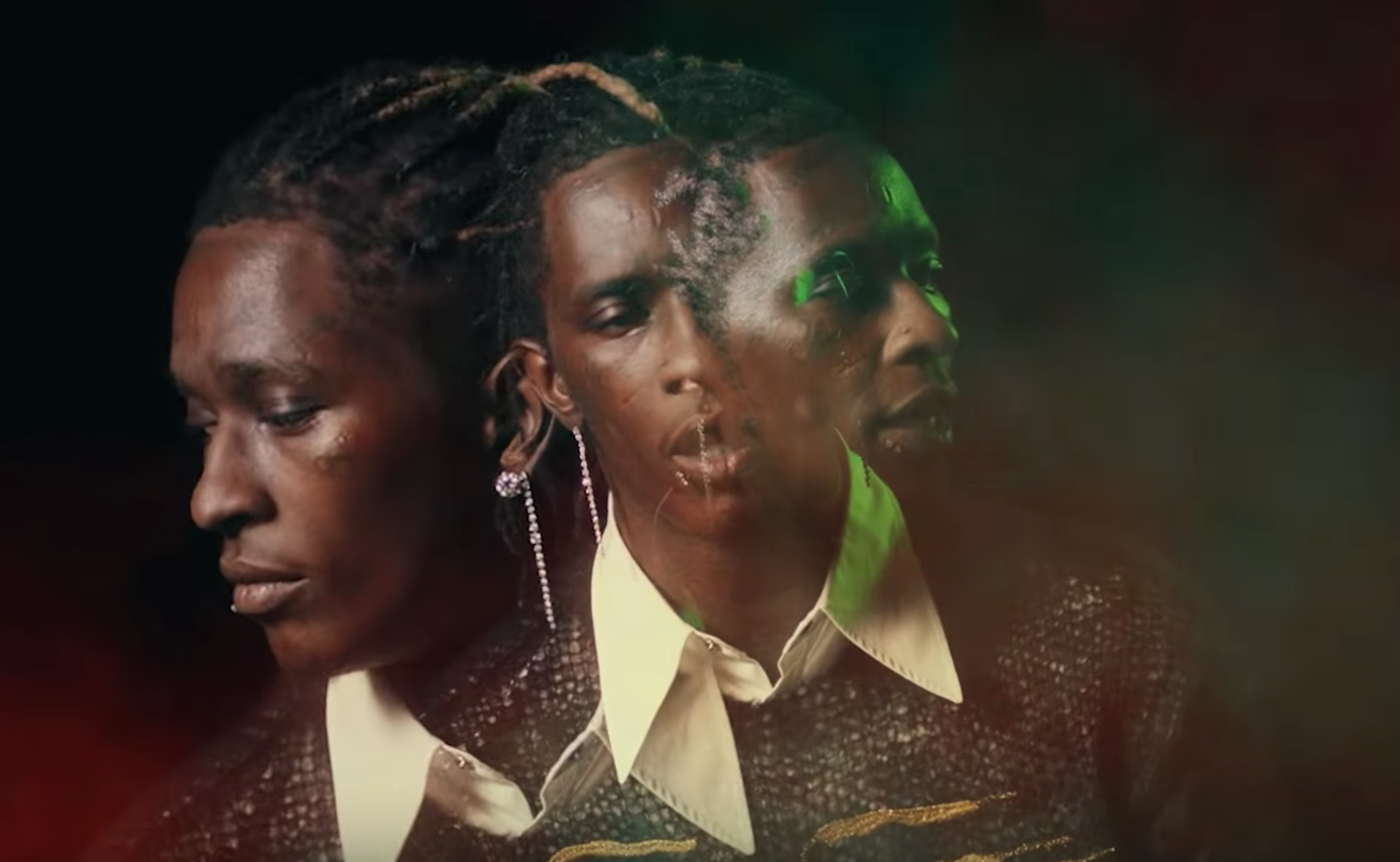 Today, Young Thug released his Slime Language album, which partially functions as a compilation highlighting artists affiliated with his Young Stoner Life Records label (credited as a collaborator on the album) and partially as a proper Young Thug project. He sent live snakes to music media companies to promote its release, and was arrested on a felony gun possession charge at the album’s release party last night, which took place at a Los Angeles Dave & Busters. Now, he has released a kaleidoscopic video for one of the two Thug-only tracks on Slime Language, “Gain Clout.” Watch Thug rap into a fisheye lens, pose in front of a burning car, model various outfits and bling, and much more below.