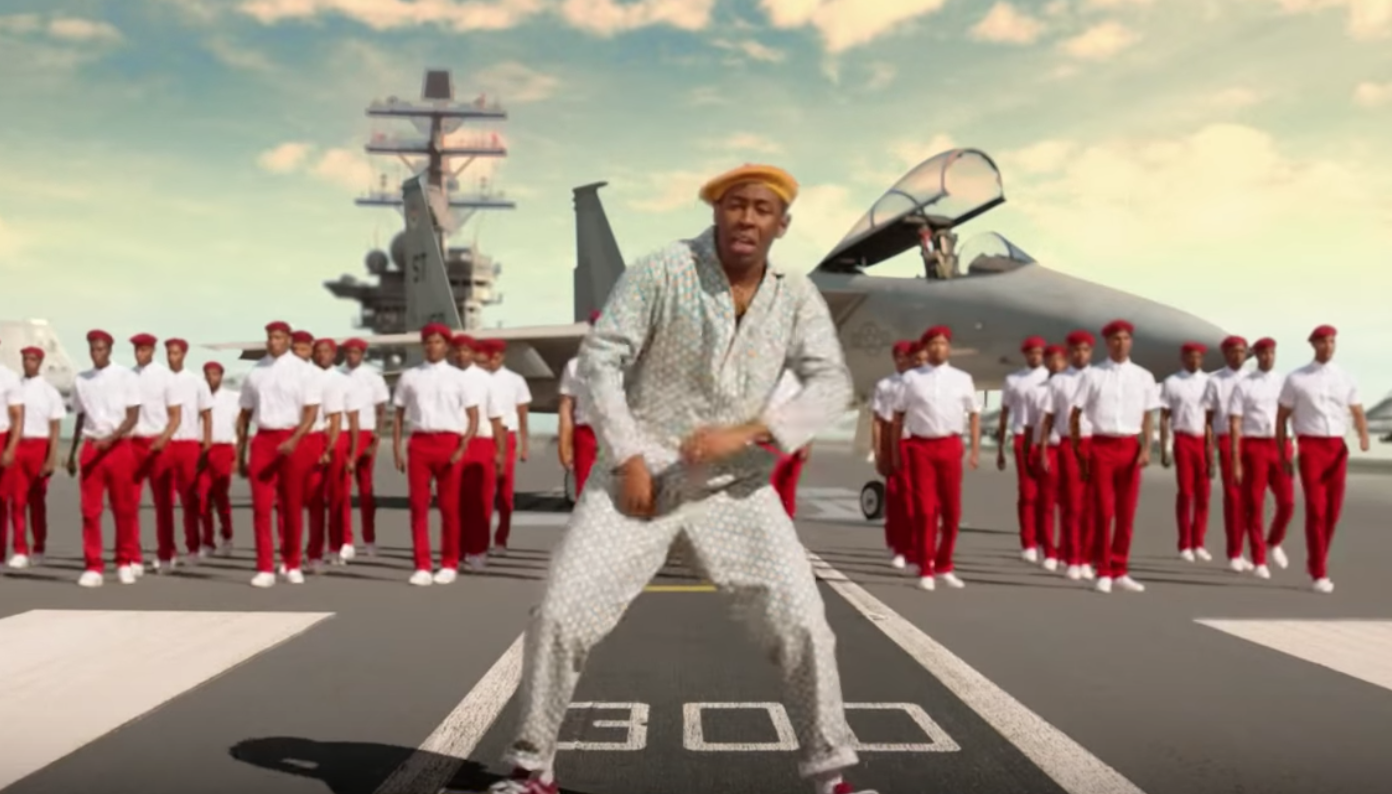 Over a year after the album’s release, Tyler, the Creator has released a video for his Flower Boy favorite “See You Again,” which features Kali Uchis. Tyler’s new self-directed clip features appearances from himself, Uchis, and A$AP Rocky (with whom Tyler released the freestyle and music video “Potato Salad” at the end of last month). The cartoonish, almost Wes-Anderson-y clip shows Tyler and Rocky stuck in claustrophobic cabins in a road, Rocky rapping and dancing on a runway, and Tyler rapping in a crudely made ghost costume and bucket hat in front of a tire swing. The Odd Future founder has released a number of loose freestyles in the past few months, including “Bronco,” “435,” “Gelato,” and “Peach Fuzz.” Watch his clip for “See You Again” below.