Trump Thanks Kanye Again: “He Is Willing To Tell The TRUTH” 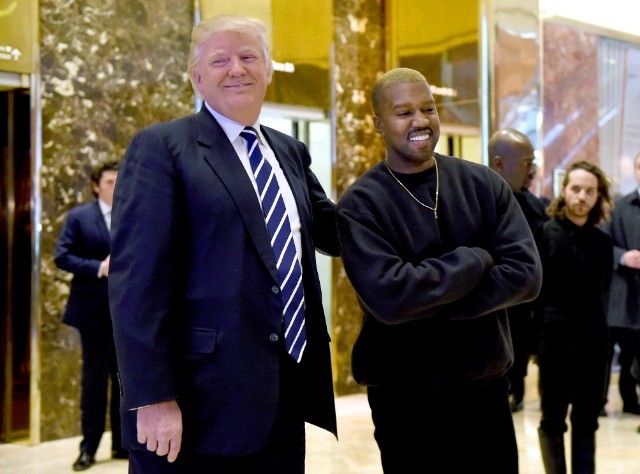 The Kanye West-Donald Trump lovefest continues! Kanye, of course, has spent the year reiterating his support for Trump: professing his love for the president, rocking a MAGA hat, celebrating the “dragon energy” they allegedly share, et al. Trump has responded in kind, thanking Yeezy for his support and claiming the rapper-producer-designer has great taste.

Last night, Kanye sat down with Jimmy Kimmel to run through most of his usual talking points on the matter, including the polarity between love and hate, his obsession with “breaking the fucking simulation,” his (admirable and/or reckless) belief that people should not be afraid to let their thoughts into the world, and the notion that if Trump can become president, anybody (including Kanye West) can. Notably, when Kimmel brought up Kanye’s famous “George Bush doesn’t care about black people” quote and asked whether Trump cares about any people, Kanye sat silent and the show went to commercial break.

Trump was apparently pleased with this whole ordeal, and has offered his latest round of thanks to Kanye on Twitter:

Thank you to Kanye West and the fact that he is willing to tell the TRUTH. One new and great FACT – African American unemployment is the lowest ever recorded in the history of our Country. So honored by this. Thank you Kanye for your support. It is making a big difference!

Isn’t it funny how the only people Trump doesn’t call Fake News are the ones who lavishly praise him? OK, funny probably isn’t the right word for it.