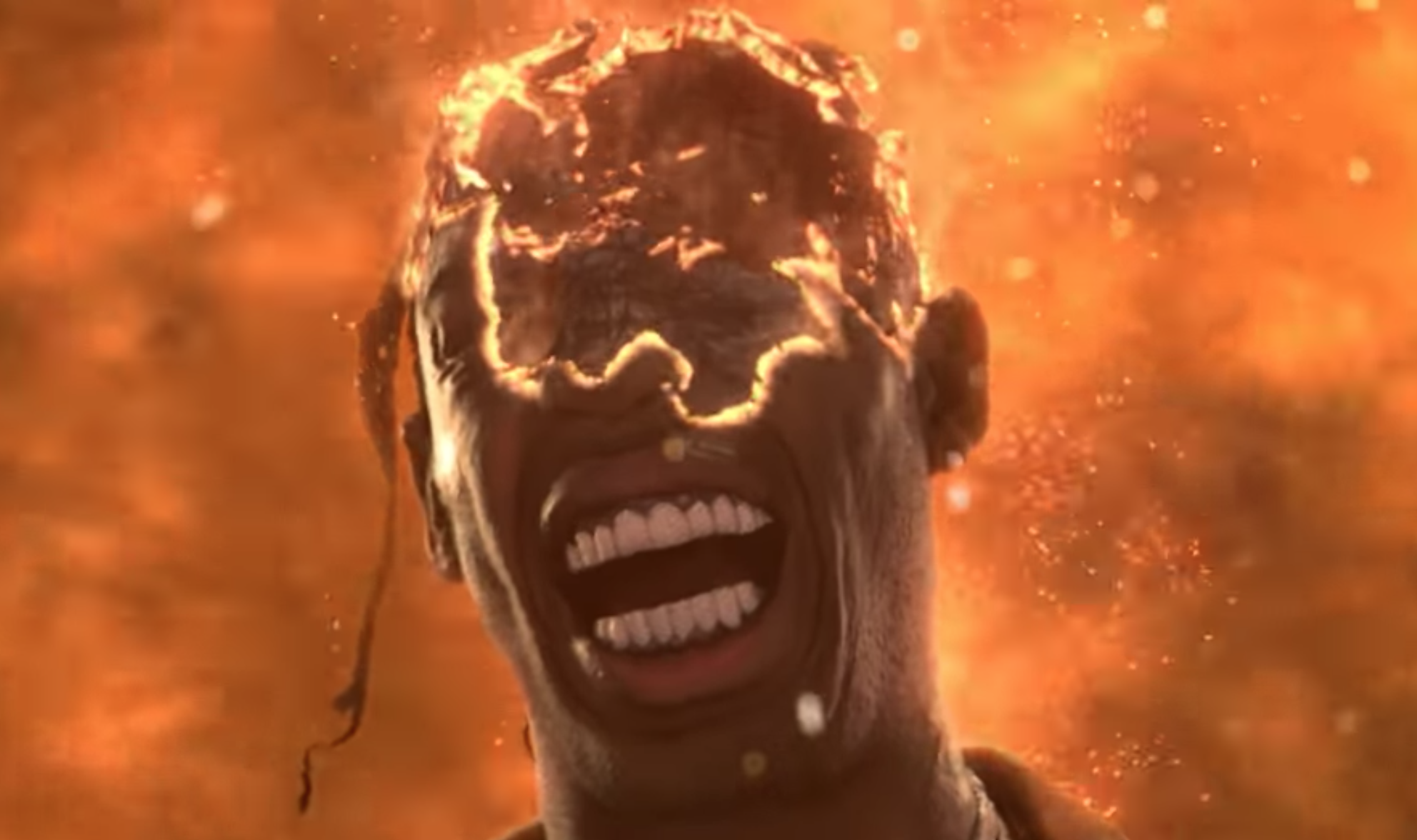 Travis Scott has released a impressively high-budget video for his Astroworld track “Stop Trying to Be God,” which features Stevie Wonder (responsible for the harmonica solo), James Blake, and Kid Cudi. Directed by veteran music video director Dave Meyers—who recently directed the three videos for Ariana Grande’s upcoming album and the video for the star-studded Jay Rock posse cut “King’s Dead”—the clip is full of Biblical and post-apocalyptic imagery and features guest appearances from Kylie Jenner (as the Virgin Mary, essentially) and Blake. At one point, Scott rides a dragon and is ultimately forced to confront a vengeful God. Stick around for the singing lamb at the end of the clip. Scott released Astroworld on Friday, and has since released three additional outtakes from the album. Watch the “Stop Trying to Be God” video below.