Travis Scott Performs “Stop Trying To Be God” at 2018 VMAs 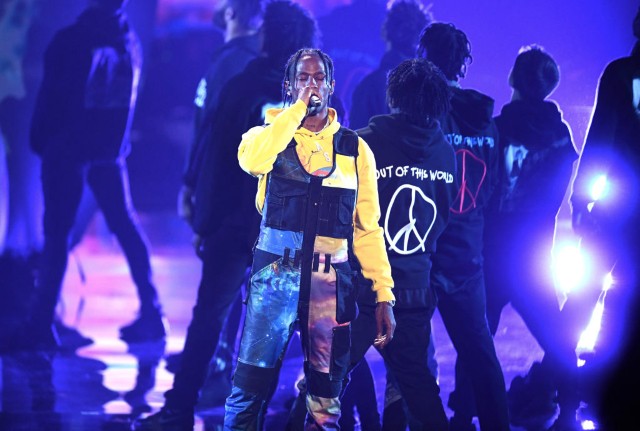 Travis Scott performed songs from his new album Astroworld at the 2018 MTV Video Music Awards. The Houston native performed a portion of “Stargazing,” the album’s intro, before transitioning into “Stop Trying To Be God,” which features James Blake and Stevie Wonder. Blake was onstage to perform his bit, though Stevie was unable to make it. Later, after Blake sung, Scott performed in front of a rowdy crowd of dancers wearing all black, a reference perhaps to his mentor Kanye West’s performance of “All Day” at the 2015 Brit Awards.

Last week, Travis Scott announced an upcoming North American tour with dates in New York, Los Angeles, Chicago, Washington D.C. and more. His bundling of concert tickets with album downloads—and a Kylie Jenner tweet saying that she and the couple’s daughter will be on the road with Scott—sparked Nicki Minaj to claim that Scott was going out of his way to sneakily maintain the No. 1 spot on the Billlboard album charts. As a result, Minaj’s seat at Monday night’s show was moved away from Scott and close to her friend Ariana Grande. Scott has not commented on the controversy, though at the end of his performance did remind the crowd that Astroworld is the No. 1 album in America.

Watch his VMAs performance below.