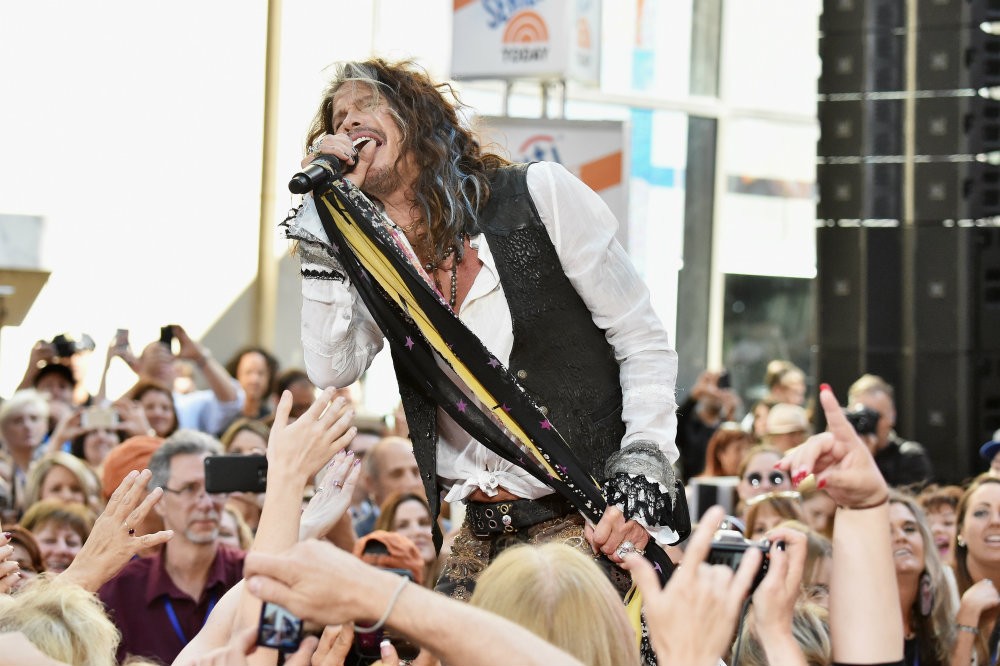 On Tuesday night, Aerosmith’s 1993 hit “Livin’ on the Edge” played ahead of a Trump rally in West Virginia and frontman Steven Tyler is not happy about it. The singer responded by sending a cease and desist letter to the White House via his attorney Dina LaPolt, Variety reports.

“As we have made clear numerous times, Mr. Trump is creating the false impression that our client has given his consent for the use of his music, and even that he endorses the presidency of Mr. Trump,” the letter reads. “By using ‘Livin’ On The Edge’ without our client’s permission, Mr. Trump is falsely implying that our client, once again, endorses his campaign and/or his presidency, as evidenced by actual confusion seen from the reactions of our client’s fans all over social media.”

The scene in WV before Trump’s rally. Aerosmith’s “Livin’ on the edge” playing. pic.twitter.com/HW1qr9TBgE

This isn’t the first time the band has had to tell the president to stop using their music at public events. In 2015, Aerosmith sent the Trump campaign cease and desist demands over their use of “Dream On” at public events. The then-candidate took some shots at Tyler on Twitter after the singer barred him from using the song.

Even though I have the legal right to use Steven Tyler’s song, he asked me not to. Have better one to take its place!

Steven Tyler got more publicity on his song request than he’s gotten in ten years. Good for him!