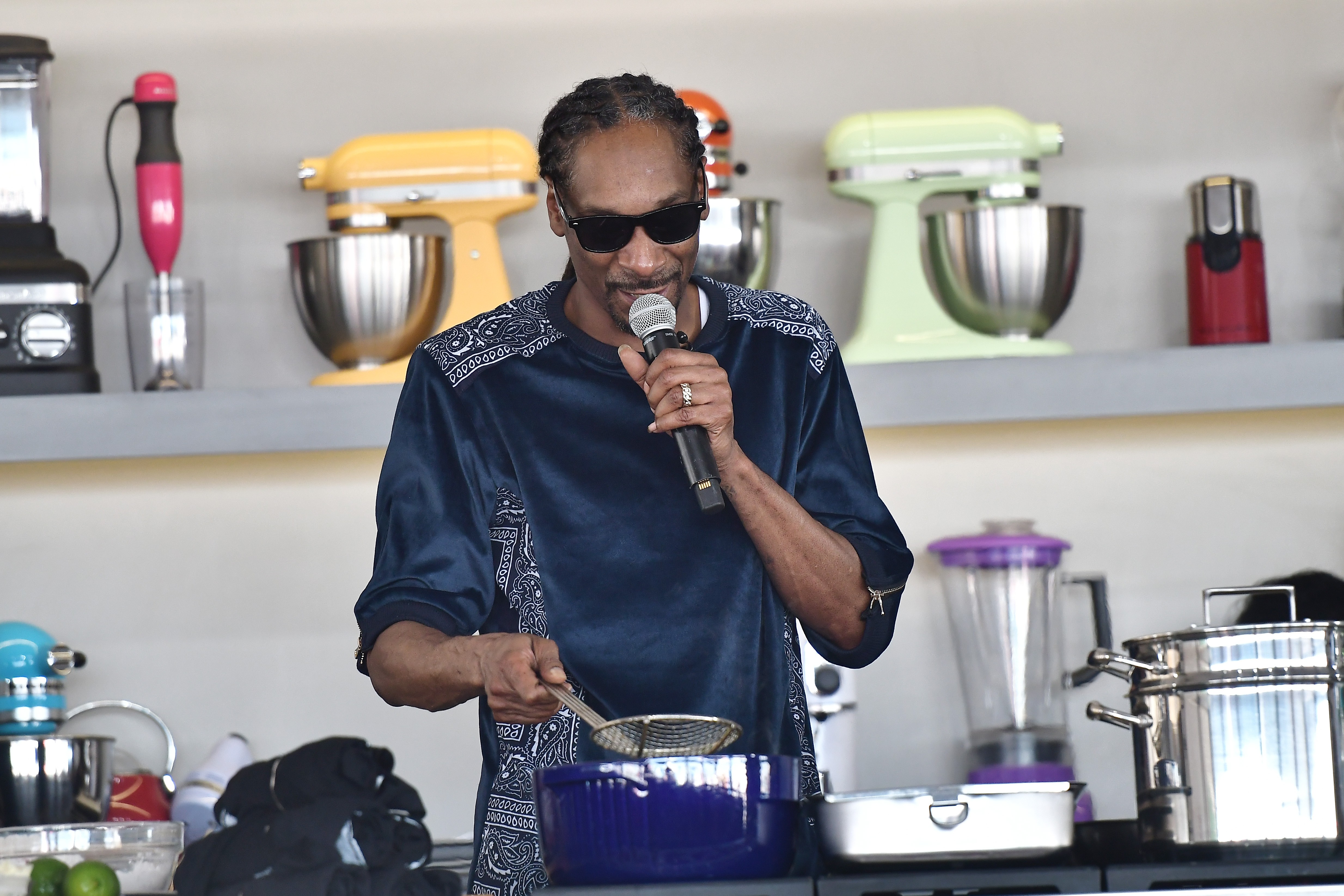 Master of all trades Snoop Dogg is making his contribution to the burgeoning rap cookbook genre with a new book, entitled From Crook to Cook: Platinum Recipes from Tha Boss Dogg’s Kitchen. According to The Guardian, the book will be be out October 23 and will feature 50 recipes ranging from fine-dining to “earthier fare,” including lobster thermidor, filet mignon, baked mac & cheese, and waffles. Naturally, there will be a recipe for gin and juice.

Snoop said in a statement about the project: “You know it’s blazin’ up in my kitchen. I’m takin’ the cookbook game higher with a dipped and whipped collection of my favourite recipes, ya dig?” Chronicle Books also assures that the book’s recipes are “cannabis-free” (sorry guys), but will have “snacks to satisfy those munchies.” This isn’t Snoop’s first foray into the cooking world, as he has frequently partnered with Martha Stewart on various projects, including Martha & Snoop’s Dinner Party. Snoop Dogg joins the ranks of hip-hop artists like 2 Chainz and Kelis who have also made cookbooks.