Smashing Pumpkins Threw Out the First Pitch at Wrigley Field 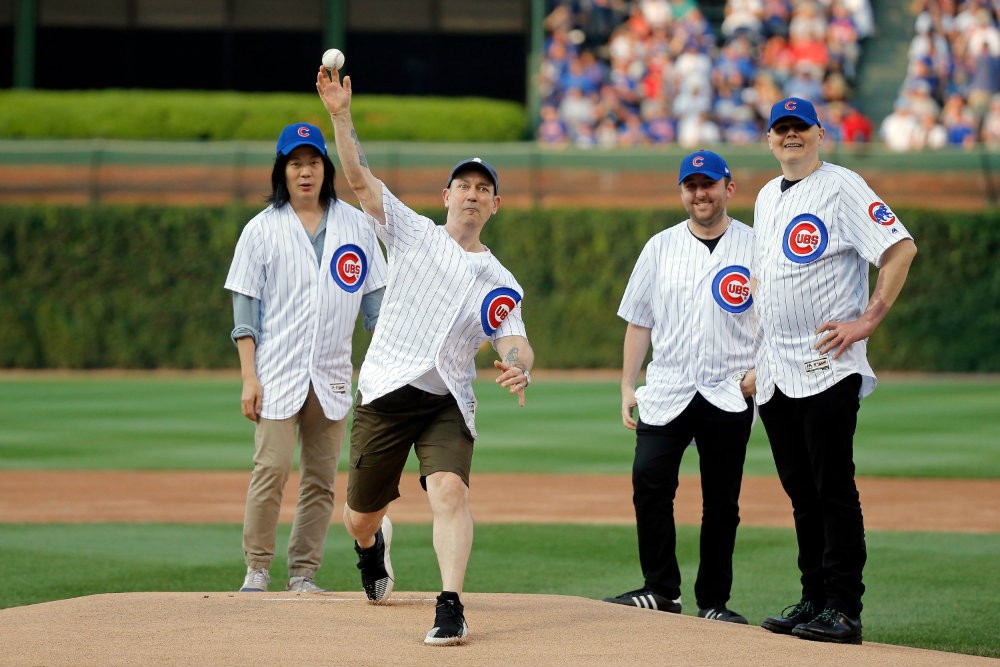 The Smashing Pumpkins have arrived in their hometown of Chicago while on the Shiny And Oh So Bright reunion tour. On Sunday, the band made a trip to Wrigley Field to throw out the first pitch before the Cubs faced off against the Nationals. The band made another appearance during the the 7th inning stretch when Billy Corgan led the crowd in a spirited rendition of “Take Me Out to the Ballgame.”

The frontman stayed on brand by rocking a zero on the back of his jersey. As for doing the heavy lifting and actually throwing the first pitch, it looks like Corgan let drummer Jimmy Chamberlin do the honors.

In 2016, Corgan told the Chicago Tribune what he thinks of bandwagon celebrity Cubs fans ahead of his team’s first World Series win.

Is that a shot at Eddie Vedder?

In any case, the Pumpkins brought the Cubs some luck. They won 4 to 3 on a rare walk off grand slam hit by rookie David Bote.

Believe in me as I believe in you. #EverybodyIn pic.twitter.com/KmDF2fLzcr