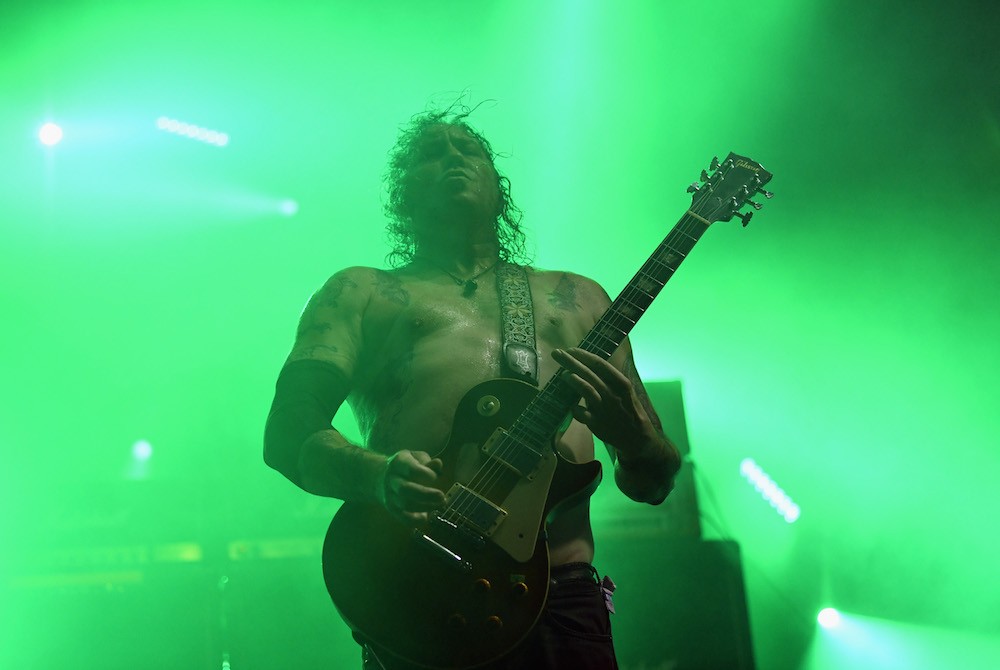 For Sleep fans, the big news about the legendary stoner metal band this year was obviously the surprise 4/20 release of their long-awaited fourth album The Sciences. But that wasn’t their only recent new music: in May, they also digitally released a single called “Leagues Beneath,” a behemoth jam that has since become a staple of their live sets.

This being Sleep, “Leagues Beneath” is long enough to be an EP unto itself, and now that’s exactly what’s happening: the nearly 17-minute track will be released as a 12″ vinyl single via Jack White’s Third Man Records, the same label that issued The Sciences. The record will be available in both aquamarine and standard black vinyl, both of which will feature “a tentacled aquanaut nightmare etching” on the B-Side. The black version will be available in stores August 24th, and the aquamarine will be in select locations including the Third Man storefront the following day.

Hear “Leagues Beneath” below.

Review: Sleep’s Crushing Comeback The Sciences Is a 4/20 Miracle