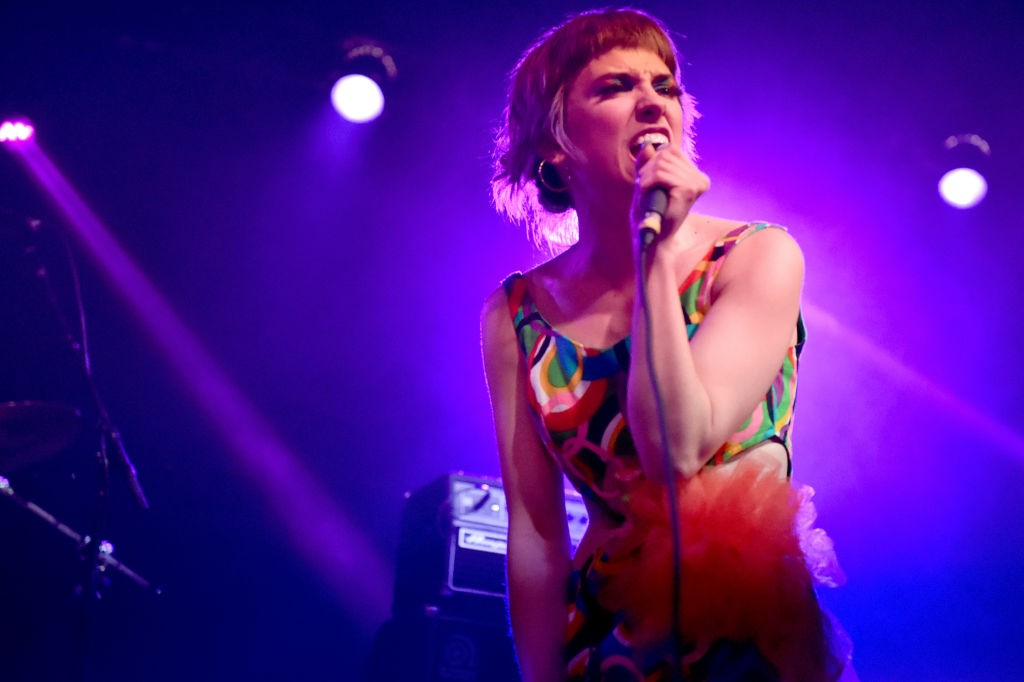 Priests lead singer Katie Alice Greer has released a new EP entitled FREAKY 57, the followup to the full cover album of the Dixie Chicks’ 1999 LP Fly she released in June (The other members of Priests, allegedly, politely declined involvement in that one). Greer’s new release, billed to K A G, consists of home recordings with a nice series of titles both cerebral (“Moon, the Female Principle”) and referential (“My Notes on The Last Picture Show,” “Joni”).

The songs move well outside the punk purview of Priests into the realms of avant-garde music, ambient, no-wave, and more. Greer writes in the notes that the songs were inspired by “The Dictionary of Symbols, the USA, Cybill Shepherd, Bruce Haack & Esther Nelson, the Moon, Su Tissue.” Greer also used the K A G Bandcamp to post a psychedelic and more melodic track called “Danger Ahead,” with a cover of Electric Light Orchestra’s 1977 single “Turn to Stone” as a B-side. Listen to Greer’s new releases below, and read our 2017 cover story about Priests here.