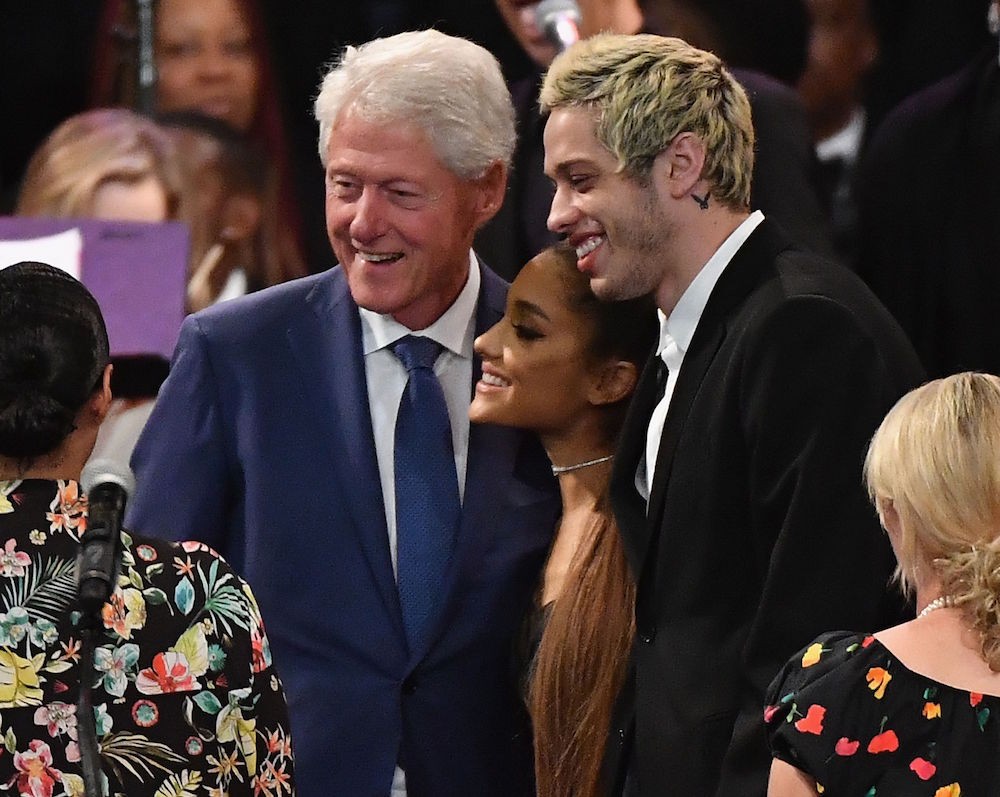 Pete Davidson is at Aretha Franklin’s funeral, mingling with Hillary and Bill Clinton. Ariana Grande, Davidson’s fiancé, is singing a tribute, so it’s not exactly a surprise to see him there, but it’s still a surreal scene nonetheless. Looking at the image above, you have to wonder whether the subject of Pete’s extremely realistic Hillary tattoo happened to come up in conversation between him and Bill. (Hillary said she was “honored” by the ink, for the record.)

As a bonus, here’s some footage of Hillary and Ariana chatting it up, too, via Tim Burke also of the Daily Beast:

We’re sure Ariana is going to do a bang-up job honoring the Queen of Soul, and it’s great that her soon-to-be husband can be there to support her. Hopefully the cameras don’t capture him nonchalantly chewing gum like he was at the VMAs. He should be fine, because Franklin’s funeral—which includes performances from Grande, Chaka Kahn, Ronald Isley and Stevie Wonder, and remarks from Clinton, Eric Holder, Rev. Al Sharpton and Rev. Jesse Jackson—seems far more engaging.