Update (9/10/18): Paul McCartney has added three new dates to the United States leg of his “Freshen Up” world tour. McCartney will make additional stops in New Orleans (May 23rd), Fort Wayne, Indiana (June 3rd) and Phoenix, Arizona (June 26th). Check out the full list of dates below. Tickets for these dates will go on sale on September 17.

Paul McCartney has announced a short run of United States tour dates, set to take place in May and June of 2019. The five shows, which are being added onto his “Freshen Up” world tour, will take place in Raleigh, Lexington, Madison, Moline, Ill., and Greenville S.C. Next month, McCartney will also be in North America for a string of Canadian dates, and will travel to the States for two shows at Austin City Limits on October 5 and 12. He will set off on a tour of Japan and Europe which lasts until mid-December. You can see the previously announced North American dates, along with the newly added United States shows, below.

Paul McCartney’s seventeenth solo LP, Egypt Station, is out on September 7, and tickets for the new United States tour dates go on sale the same day. Currently, McCartney has released three singles from the new album: “I Don’t Know,” “Come On To Me,” and the uncanny, Ryan-Tedder-produced “Fuh You.” Last month, McCartney was interviewed by Jarvis Cocker at the Liverpool Institute for Performing Arts, a university the former Beatle founded. McCartney will appear on The Howard Stern Show on Sept. 5th and on The Tonight Show Starring Jimmy Fallon on Sept. 6th. 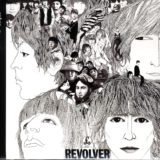