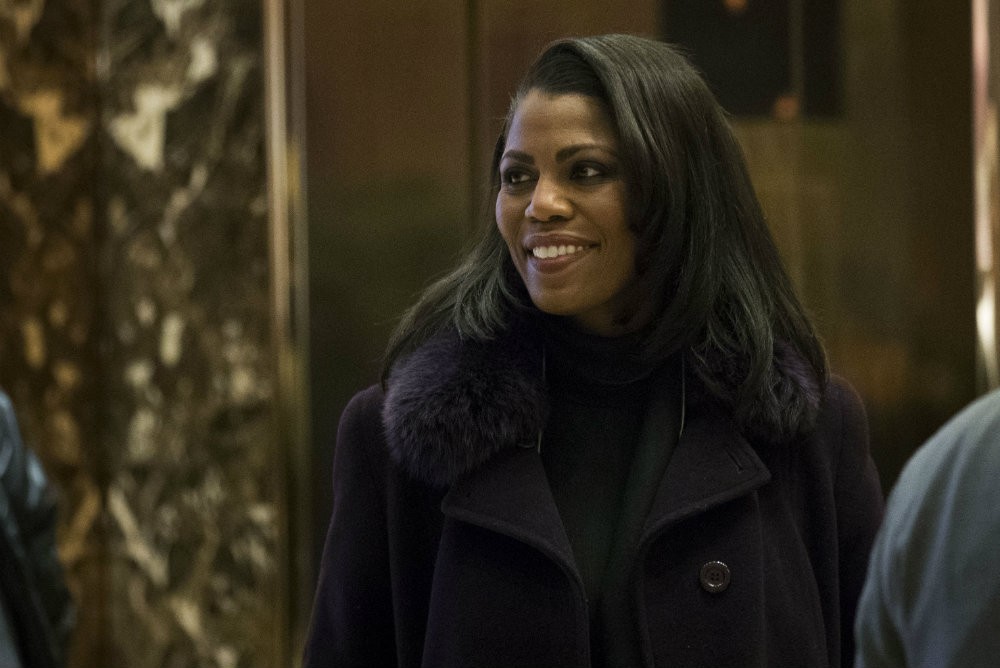 Omarosa Manigault Newman released tapes on Thursday afternoon that she claims prove that President Trump’s daughter-in-law Lara Trump tried to buy her silence following the former Apprentice star’s messy White House departure in December. In Omarosa’s post Trump administration post-mortem Unhinged, the former White House staffer wrote that campaign official Lara Trump approached her days after her firing, offering her a $15,000 a month job on the president’s reelection campaign if she agreed stay “positive” about her tenure in Trumpland. In order to accept the job offer, Omarosa said she would have had to a non-disclosure agreement that she described as “as harsh and restrictive as any I’d seen in all my years of television.”

Audio that Omarosa gave to MSNBC today seems to bolster the claims made in her book. In the clip, Lara Trump is heard discussing potential salary with Omarosa before mentioning a New York Times article about the former White House staffer’s dramatic dismissal. From MSNBC:

On the new tape, Lara Trump says: “It sounds a little like, obviously, that there are some things you’ve got in the back pocket to pull out. Clearly, if you come on board the campaign, like, we can’t have, we got to,” she continues, before Manigault Newman interjects, “Oh, God no.”

“Everything, everybody, positive, right?” Trump continues.

LISTEN: Omarosa’s secret recording of a call she had with Lara Trump in which they discuss Omarosa’s potential salary if she came to work for the Trump campaign.

At one point, Trump cautions her that she would have to remain “positive” about Donald Trump if she takes the job. pic.twitter.com/NdMNxfMLvK

Omarosa has known President Trump long enough to know that he discards allies the minute they become inconvenient, which explains why she started recording conversations with campaign officials during election season. She must have also known her unmitigated opportunism would invite attacks on her credibility, prompting her to record hours upon hours of conversations with administration officials for insurance.

After MSNBC aired the tape, Lara Trump issued a statement claiming that she is “absolutely shocked and saddened by her betrayal on a deeply personal level.” The full statement is below:

Omarosa told MSNBC’s Craig Melvin “Every time the Trump people challenge me, I bring the receipts…I’ll do what I have to do to protect myself.” She also vowed to release more tapes “if I need to.” You can watch the entire segment below: