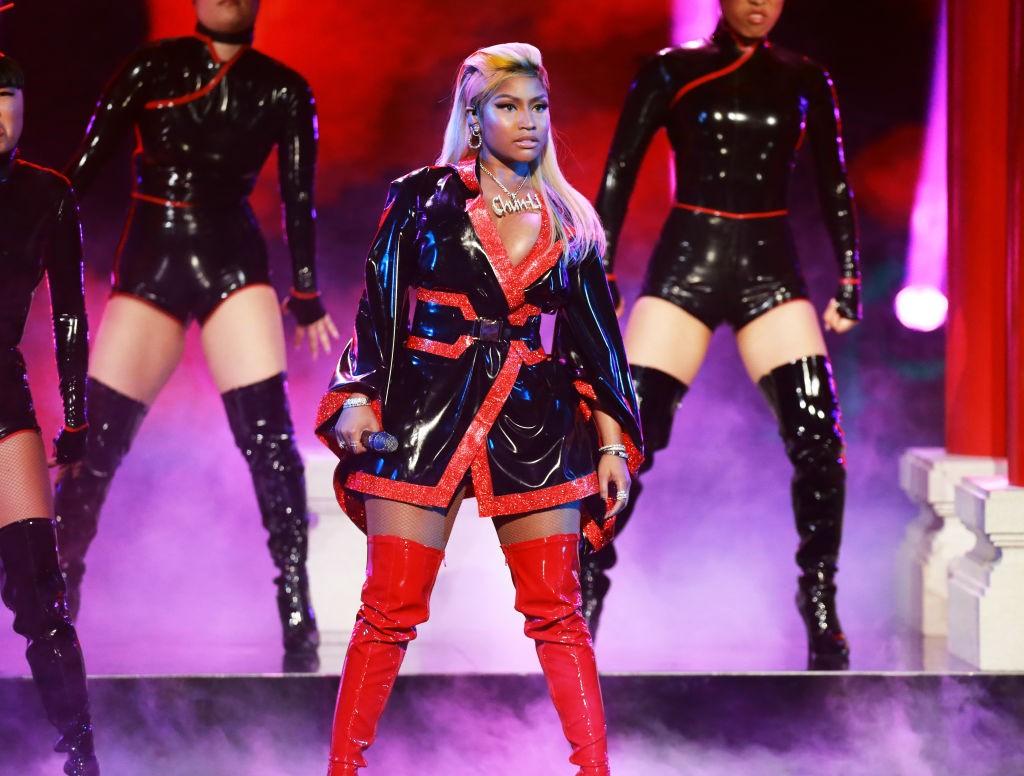 Nicki Minaj took to Twitter last night to publicly ask Tracy Chapman to allow the release of a song on Minaj’s upcoming album, Queen, which features a still-uncleared Chapman sample. As Pitchfork notes, in a since-deleted tweet Minaj wrote: “Tracy Chapman, can you please hit me.” The rapper and singer also described the song as “featur[ing] 1of the greatest rappers of all time” and wrote: “Y’all gon get mad tea on that song too. I’m high key lookin out for y’all chile. It’s sum GOODT TEA TOO.”

Minaj also posted a poll to fans asking if she should delay Queen, which is due out on August 10, a week and include the uncleared song or release the album on time without it. Minaj has already released the singles “Bed” (with Ariana Grande), “Chun-Li,” and “Rich Sex” (with Lil Wayne) from the album.

Since I may have asked it wrong. vote. You guys can only imagine how much this means to me. It’s such a perfect body of work love you. Long time.

So there’s a record on #Queen that features 1of the greatest rappers of all time. Had no clue it sampled the legend #TracyChapman – do I keep my date & lose the record? Or do I lose the record & keep my date? ‍♀️ do we push #Queen back 1week? Ugh! I’m torn, y’all help
— Chun-Li (@NICKIMINAJ) August 1, 2018

Y’all gon get mad tea on that song too. I’m high key lookin out for y’all chile. It’s sum GOODT TEA TOO I’d be willing to sacrifice one more week for this tea! But I haven’t decided. Ugh. Love you #Queen
— Chun-Li (@NICKIMINAJ) August 1, 2018