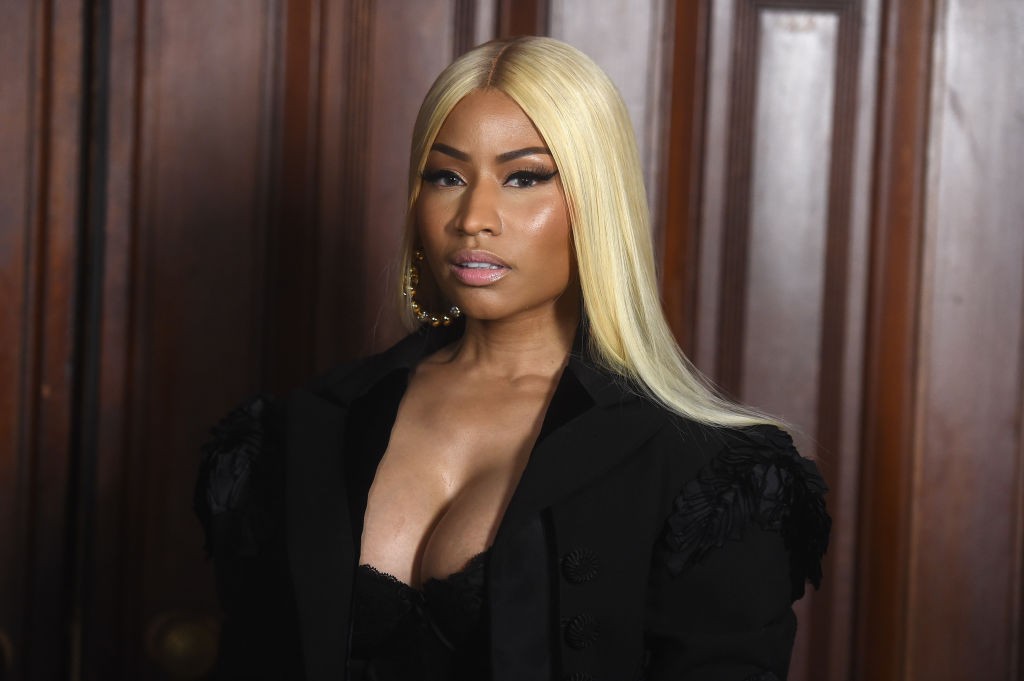 Nicki Minaj spoke with rap journalist Elliott Wilson as part of his ongoing CRWN interview series in New York City last night.  The event was livestreamed via TIDAL (we expect it to be available there and on YouTube soon). In her candid discussion with Wilson, the rapper and singer discussed the delays on her new album Queen, and a few impending changes being made to it. One of these was to add her recent hit collaboration with the controversial rapper 6ix9ine, “FEFE,” as a bonus track.

“We added ‘FEFE,'” she said. “Shout out to my baby Tekashi. I love him. Because of streaming, we can update the albums.” When asked about her rationale for working with 6ix9ine, Minaj did not address the controversy surrounding the Brooklyn rapper, explaining that she collaborated with him not because “6ix9ine was popular, it’s because [“FEFE”] reminded me of ‘Slumber Party’ by Gucci Mane.”

Minaj also said she hoped to update her verse on Queen’s Swae Lee collaboration “Chun Swae,” which she says was “done in 15 minutes.” “Am I gonna get your blessings, y’all, to update the verses on ‘Chun Swae’?” she asked the crowd. She also discussed the sample clearance issues on her Nas collaboration “Sorry,” which was ultimately not included on Queen since it would have delayed the LP’s release. Minaj claimed that her team did not realize the uncleared sample was Tracy Chapman because she knew it as a “vintage dancehall song.”

When speaking about her place among the ranks of contemporary female rappers, Minaj said: “I can’t not have the top position.” She said she was on cordial terms with Cardi B after speaking to her at the Met Gala, following a dispute about “Motorsport,” the Migos single that they were both featured on: “I didn’t like the way it was handled and Quavo was apologetic. I kept it moving.” (The two also recently had a war of words about an unconfirmed $5,000 baby gift Minaj claimed to have sent to Cardi after the birth of her daughter Kulture). In regards to her public disputes more generally (Remy Ma was also mentioned), Minaj said: “If a person keeps on offending you, you might have to address it at some point. If that time comes, I’m prepared.”

Minaj released Queen on August 10. Watch select clips from the interview below.