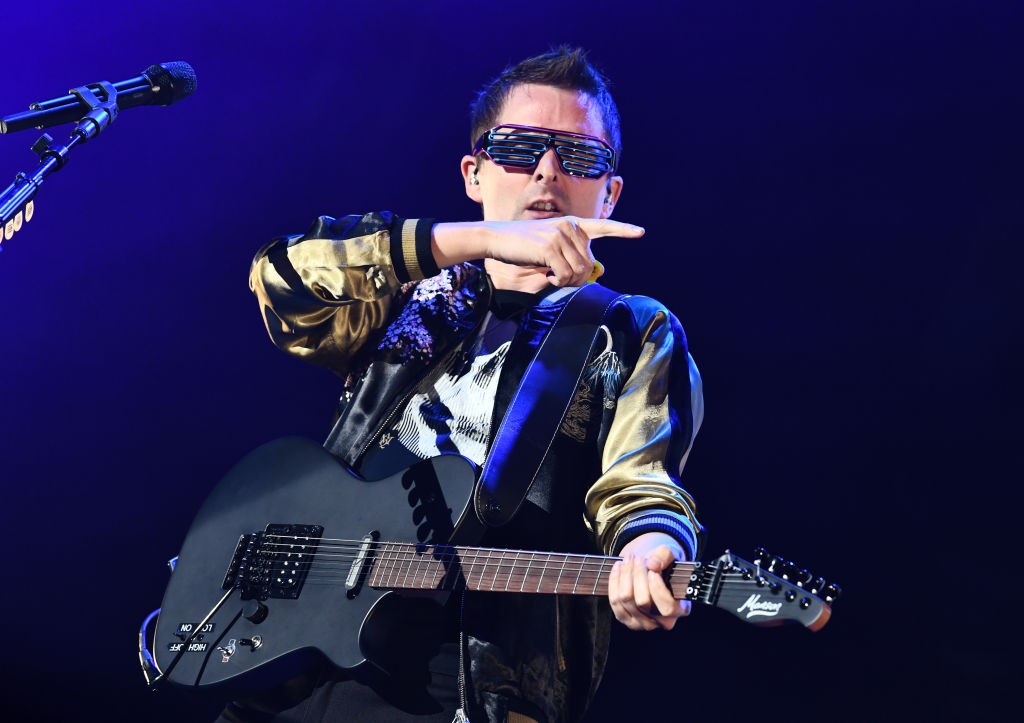 Looks like it’s time for another hilariously Muse-y Muse album, as if 2015’s Drones wasn’t sufficiently on-the-nose. (In 2016, one of the band’s symbolic stage drones crashed into the crowd at a show during a performance of their song “The Globalist.”) Their newly-announced Simulation Theory is due out on November 9 in standard (11 tracks), deluxe (16 tracks), and super deluxe (21 tracks) versions. You can see its extremely suitable, over-the-top cover, designed by digital artist extraordinaire Kyle Lambert, of Stranger-Things-poster-making fame, below.

The band has previously released three songs, along with suitably heady accompanying videos, slated for inclusion on the album: “Thought Contagion” (of course), “Something Human,” and “Dig Down.”  Now the band has released a new tune, “The Dark Side,” in conjunction with the album announcement. The band is giving out advance downloads of the song and the album’s previous singles with every Simulation Theory preorder (see here). The video for “The Dark Side”—typically ominous and operatic—features lead singer Matt Bellamy taking a death-defying ride in a futuristic sports car through a Tron-like CGI landscape. Watch the clip and check out the tracklist and cover art for the Standard edition of Simulation Theory below. 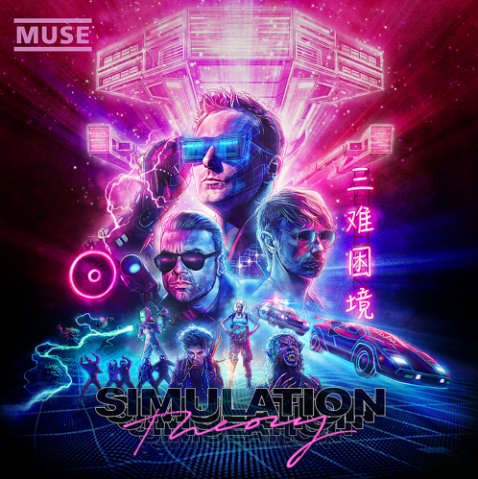