Did Madonna Finally Exact Revenge on Aretha Franklin at the VMAs? 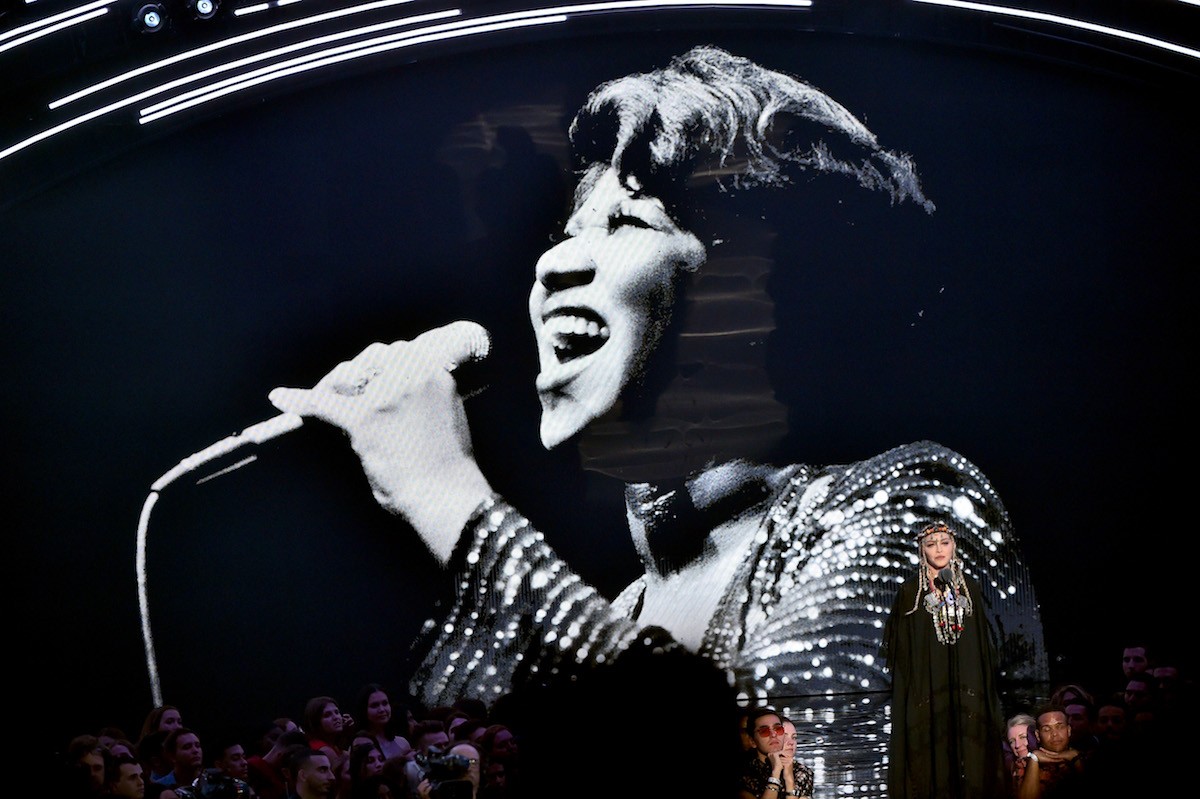 Here are three facts about the world that are not in dispute:

Now, why did Madonna take nearly 10 minutes to tell a story about herself? Madonna’s side of the story is that she was hastily asked to tell any memories she had of Aretha Franklin while she was onstage to present Video of the Year, as MTV tried to wedge a tribute to an artist it has no connection with into a show that contained essentially none of her musical DNA. MTV itself hasn’t commented, but that does make enough sense.

Still, that doesn’t explain why Madonna’s story was so long, and so rambling, and so about her. To understand this, we might have to return to those above three facts. Madonna’s 60th birthday was overshadowed in the public eye by Aretha’s death. There was no way for Madonna to regain control of this narrative, except, perhaps, to hijack a tribute to Franklin and return the spotlight to her. Divas, after all, have done far shadier things.