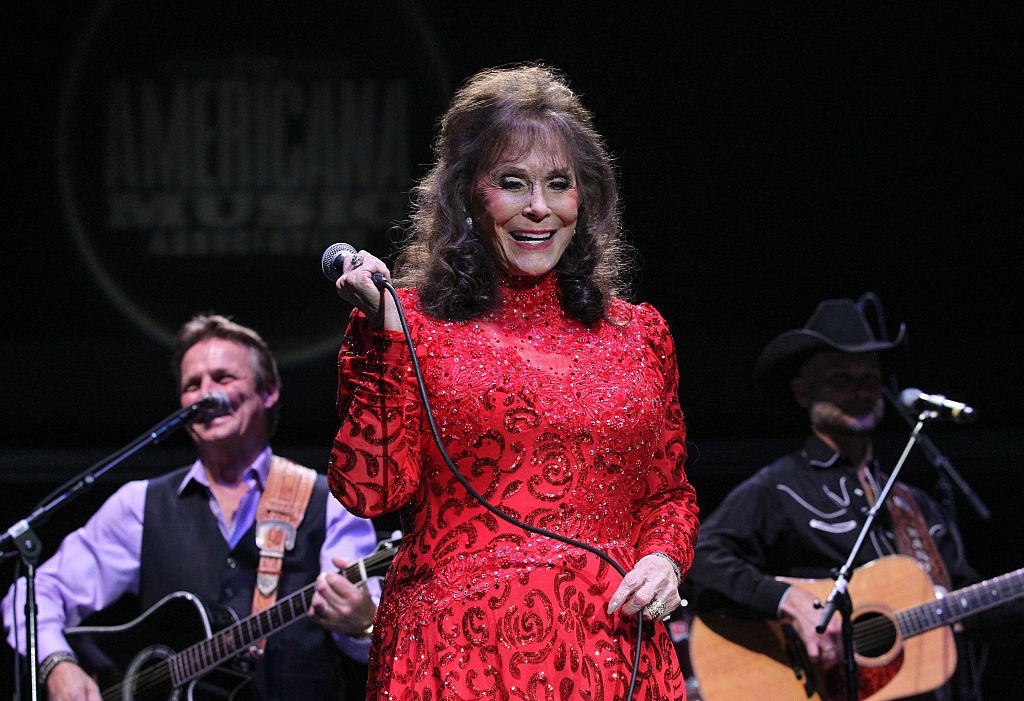 Loretta Lynn has announced a release date for her delayed forty-first (!) album Wouldn’t It Be Great. Originally scheduled to be released last August, the LP was pushed back due to Lynn suffering a stroke and being unable to tour behind the album. It was postponed again after Lynn fell and fractured her hip in January of this year. Now the legendary country singer and songwriter confirmed that Wouldn’t It Be Great will be available on September 18, and released its title track and an album trailer. The record is produced by two of Lynn’s previous trusted collaborators: her daughter Patsy Lynn Russell and John Carter Cash, son of June Carter and Johnny Cash.

The title track is a stripped-down Lynn original, first recorded in 1985 and again with Dolly Parton and Tammy Wynette in 1993. It’s invested with her trademark humor and playful attitude (“Love went away when the sexy lace wouldn’t turn his face/The bottle took my place”). The record consists entirely of songs written or co-written by Lynn, featuring six previously recorded songs including all-time Lynn classics “Don’t Come Home A-Drinkin'” and “Coal Miner’s Daughter.”

“My new record means so much to me, but this last year I had to focus on my health and I decided to hold up the release,” Lynn, 86, wrote in a statement. “I’m feelin’ good and look forward to it comin’ out.” Lynn’s last album was 2016’s excellent Full Circle. Listen to “Wouldn’t It Be Great?” and check out the tracklist and trailer for the album below.

My new record means so much to me, but this last year I had to focus on my health and I decided to hold up the release. I’m feelin’ good and look forward to it comin’ out.

Take a listen to the first song and get ready for the album comin’ on 9/28 https://t.co/dXYduYWZUR pic.twitter.com/lkeOzDuewr