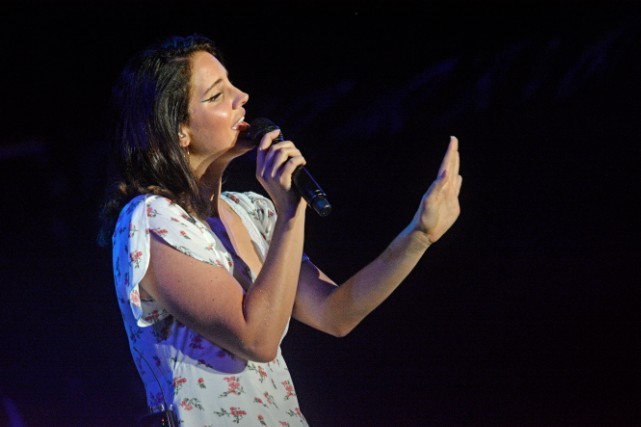 Well, it has turned into quite a day for Lana Del Rey and political topics on Twitter. This morning, we were treated to another loony Giuliani interview, in which he proclaimed “Truth isn’t truth.” LDR found this statement “disturbing,” and issued two tweets reacting to it. In the wake of that, she evidently felt compelled to address the fact that she’s continuing on with a planned performance in Tel Aviv.

Leading with a reference to her earlier tweets about Giuliani, LDR acknowledges that many of her followers are upset that she and her band will be traveling to Israel for Meteor festival next month. “What I can tell you is I believe music is universal and should be used to bring us together,” she says later, before talking about the fact that artists often play in countries whose politics they do not agree with (including America), and that her decision to still play Tel Aviv is not a political statement.

In the last year or so, there have been several high-profile Israel shows that either happened or got cancelled, each time amidst great controversy no matter the outcome. One that perhaps generated the most headlines was Lorde’s, which she eventually cancelled, to a whole range of reactions. Earlier in 2017, Radiohead continued on with theirs, evoking the support of Michael Stipe and the anger of Roger Waters. The latter once more joined the ranks of protesters when Nick Cave forged ahead with his own Israel show while holding a press conference to give his reasoning behind doing so.

Playing Israel can prove to be a divisive topic, even amongst musicians presumably on the same end of the political spectrum. You can read Lana Del Rey’s full statement below.